Nadine Coyle has finally spoken out about that famous split, and has accused Cheryl and her other former bandmates of 'plotting behind her back'.

The Derry native was left reeling after the band announced that they were to split. Rumours were rife at the time that the 29-year-old herself was actually behind the split, but the singer now says that her fellow bandmates didn’t give her an option.

“I didn’t want the band to end. I didn’t think we were going to end. And then, on the very last night of the tour, our management and publicist came up to me and said the girls wanted the band to split,” she said.

“I was already in hair and make-up about to get into my costume… I was like ‘F**k I don’t have a job! What am I going to do?’ 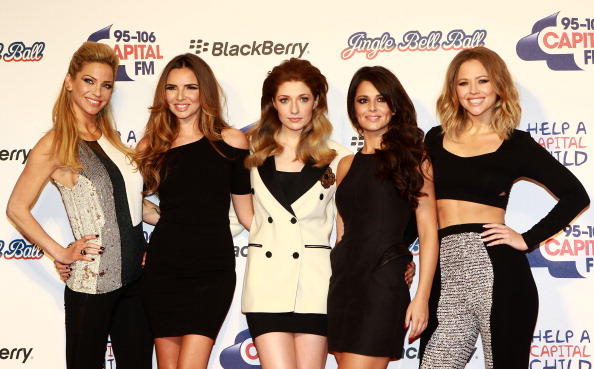 END_OF_DOCUMENT_TOKEN_TO_BE_REPLACED

“I was really dramatic for about 15 minutes and then it was over again. I couldn’t kick and scream and change their minds – but had it been me, I would have done it differently. Not just before you go out on stage.”

Nadine was so shocked by the decision that she then refused to sign any paperwork to confirm the end of the group.

“I didn’t want to put my name to anything to do with it. I said, ‘If you want to write this thing from these four then write it – but I am taking no part in it. I never signed it, so technically I’m still in Girls Aloud. I’m a one man band!”

The 29-year-old lifted the lid on the break-up in an interview with the Daily Mirror.

popular
Emmerdale actors Max Parker and Kris Mochrie announce engagement
Woman hospitalised following stag attack in Co. Kerry
"Hair contouring" is about to be huge, here's everything you need to know
A clip has resurfaced of Machine Gun Kelly discussing a teenage Kendall Jenner
FBI reveal that Brian Laundrie is responsible for Gabby Petito's death as they discover notebook
Seems sudden? This is why the restrictions have completely lifted this soon
People are only realising Kendall Jenner and Gigi Hadid are related and the reactions are gas
You may also like
2 years ago
Turns out, this colour of wine gives you the WORST hangover
5 years ago
Pretty Little Liars actor Brandon Jones could be facing over five years in prison
5 years ago
Gwen Stefani Receives Massive Backlash After "Insulting" April Fools' Prank
5 years ago
Katie Price Names And Shames The Twitter Trolls Bullying Her Son Harvey
5 years ago
Kim Kardashian Blasts "Body-Shaming and Slut-Shaming" In Brilliantly Honest Post
5 years ago
WATCH: Emma Watson Launched HeForShe Arts Week On International Women’s Day
Next Page