After a week of absolutely terrible weather, Met Eireann have issued another weather warning for the country with a threat of thunderstorms.

This morning, heavy downpours have already been reported across the country with many homes in the South East without power.

ESB are reporting around 7,000 homes are affected by lightening which affected the South East, according to the Mirror. 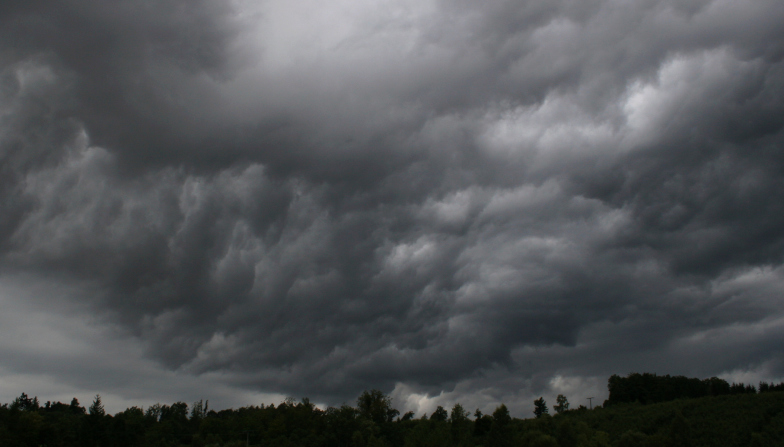 END_OF_DOCUMENT_TOKEN_TO_BE_REPLACED

Met Eireann have released an orange warning following this morning’s conditions which could have an impact on affected areas, urging people to be prepared for the weather ahead, including high winds and gales.

They have also issued a yellow warning for gales along the coast.

Irish Ferries have currently cancelled their Swift service due to the bad weather conditions.

Gardai have also urged motorists to take care on the roads due to the high winds and the possibility of trees falling.

popular
Bride asks for divorce day after wedding following groom's disrespectful cake stunt
Tributes paid following tragic death of Emma Pattison and her family
Head of dive squad searching for Nicola Bulley thinks 'something's not right'
Has the Call Her Daddy podcast just pulled the best marketing stunt of all time?
Stacey Solomon hints at baby girl's name as due date nears
Love Island fans are calling for Ron to be dumped after accusing him of "gaslighting" Lana
Teenager killed in shark attack after swimming with dolphins in Australia
You may also like
1 month ago
Irish tourist dies after falling from moving train in Thailand
5 months ago
Irish person dies after drowning in Spanish resort swimming pool
8 months ago
Irish lad heading to Love Island villa as contestants are announced
8 months ago
Tributes paid to Irishman found dead in LA after missing for weeks
10 months ago
7 of the best Irish prints you can buy on greeting cards now
11 months ago
Viewers left in shock after video of American woman making a cup of tea
Next Page