Olivia Wilde and Jason Sudeikis have kept baby Otis under wraps since his birth in April but they've finally decided to give us a glimpse of the little cutie.

The actress posted this image of herself and her first born on Facebook earlier today, with the caption 'Rock and rock, baby.'.

Wilde previously revealed that while her family may look picture perfect, plans for her first Mother's Day didn't exactly go to plan.

END_OF_DOCUMENT_TOKEN_TO_BE_REPLACED

"I had the image of the picnic and everything would be so lovely. There would be flowers and the baby would be cooing and I would be the glorious mother," she said.

"Instead, we were sweating, and angry and hungry. Everyone had to pee. I finally just dropped to the ground on a patch of dirt, like in between two ugly roads, and then just ripped off the diaper of the kid to change him and he just pooped everywhere—like a torrent, a flood." 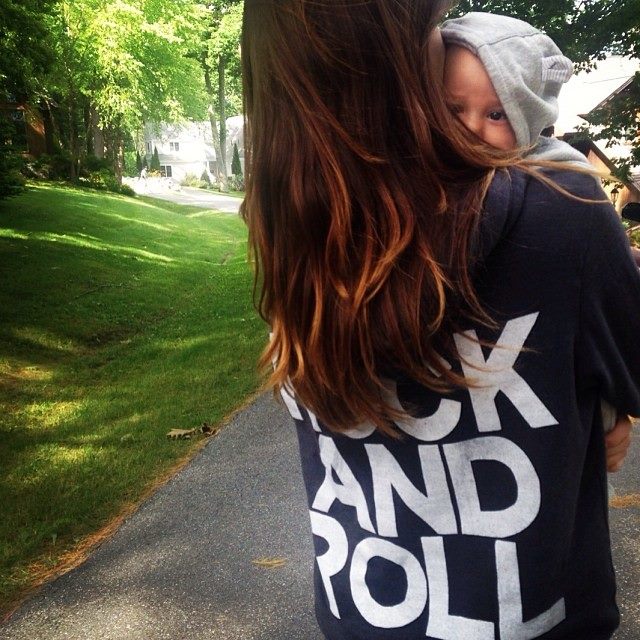 popular
Molly-Mae Hague fans think they officially know her baby's name – and it means cloud
Baby found unattended in pram in Dublin, Gardaí reveal
Tasha Ghouri hits back at another islander who called her relationship fake
Joanna Cooper heartbroken after her mum is diagnosed with dementia
Blake Lively cast in film adaption of It Ends With Us
Gwen Stefani reportedly pregnant with baby number four
Anne Hathaway shares disappointing news about The Princess Diaries 3
You may also like
3 years ago
Turns out, this colour of wine gives you the WORST hangover
6 years ago
Pretty Little Liars actor Brandon Jones could be facing over five years in prison
6 years ago
Gwen Stefani Receives Massive Backlash After "Insulting" April Fools' Prank
6 years ago
Katie Price Names And Shames The Twitter Trolls Bullying Her Son Harvey
6 years ago
Kim Kardashian Blasts "Body-Shaming and Slut-Shaming" In Brilliantly Honest Post
6 years ago
WATCH: Emma Watson Launched HeForShe Arts Week On International Women’s Day
Next Page