Prince Harry has reportedly told how he has been in therapy for seven years to cope with the death of his mother, Princess Diana.

The 35-year-old is said to have made the admission about his mental health while making a speech at a JP Morgan-sponsored event in Miami.

"Harry told the audience he started seeing a therapist at 28 as he struggled with the trauma caused by his mother's death," an insider told the Daily Mail.

'He said he felt trapped as a Royal although he said that his relationship with the Queen was still OK."

He also is said to have spoken about himself and Meghan taking a step back from life as senior members of the royal family - with another source telling  Page Six  saying Harry didn't regret the decision as he "wants to protect his family."

“Harry also touched on Megxit, saying while it has been very difficult on him and Meghan, he does not regret their decision to step down as senior royals because he wants to protect his family," he said.

"He does not want Meghan and their son Archie to go through what he did as a child.” 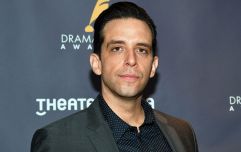 END_OF_DOCUMENT_TOKEN_TO_BE_REPLACED

Last month, Meghan and Harry announced that after "many months of reflection and internal discussions", they intended to step back as senior royals and wanted to work to become financially independent.

“After many months of reflection and internal discussions, we have chosen to make a transition this year in starting to carve out a progressive new role within this institution," they said. "We intend to step back as ‘senior’ members of the Royal Family and work to become financially independent, while continuing to fully support Her Majesty The Queen."

"It is with your encouragement, particularly over the last few years, that we feel prepared to make this adjustment. We now plan to balance our time between the United Kingdom and North America, continuing to honour our duty to The Queen, the Commonwealth, and our patronages," their statement continued. "This geographic balance will enable us to raise our son with an appreciation for the royal tradition into which he was born, while also providing our family with the space to focus on the next chapter, including the launch of our new charitable entity."

popular
QUIZ: How well do you remember The Princess Diaries?
Easy breezy: 5 comfy summer dresses you'll want to live in right now
Will Smith admits to 'failing miserably' in 21-year marriage to Jada Pinkett Smith
QUIZ: How well do you remember the 2005 movie Pride & Prejudice
Security footage released of Naya Rivera as search is updated to recovery mission
Glossier: A first-time buyers guide to this cult beauty brand
Someone has ranked the penis size of men from all over the world
You may also like
4 days ago
Gardaí seeking public’s assistance in tracing 23-month-old Jasmine Arshad
1 week ago
Ghislaine Maxwell, former girlfriend of Jeffrey Epstein, arrested by the FBI
1 week ago
"I never thought it would be cancer": Stage 4 melanoma patient recalls receiving her diagnosis
1 week ago
Harvey Weinstein victims to receive $19 million settlement
1 week ago
The killing of Elijah McClain: here's what you should know
2 weeks ago
10-year-old Carlow boy passes away after collision between bicycle and jeep
Next Page