'I could have died'.

The mother-of-two who as involved in a crash with Prince Philip has said that she still has to receive an apology from the Duke of Edinburgh.

The 46-year-old was in the passenger seat of the car that crashed and broke her wrist. 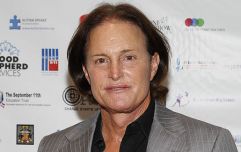 Bruce Jenner Involved In Fatal Three-Car Pile Up In LA

END_OF_DOCUMENT_TOKEN_TO_BE_REPLACED

Emma Fairweather said that she was told she would hear from the Queen and the Prince, however all she got was a message from the police that said: "The Queen and the Duke of Edinburgh would like to be remembered to you."

She told The Sunday Mirror: "We could see the Land Rover about 150 yards away from us at the junction, then it started to move.

"The speed limit was 60mph but my friend was doing no more than 50mph. I kept thinking he (the Prince) was going to stop, but he didn't.

"As we approached I could make out that it was an elderly driver. My friend was braking and seemed so in control but I was terrified.

"It must have been seconds but it felt like half a lifetime. I had no idea at the time that it was Prince Philip - I was just thinking of the baby. I don't think I realised that my side of the car had taken most of the impact."

popular
Paris Hilton says she was "slapped" and "strangled" as a teen in youth care
Tesco is refunding 27,000 customers after overcharging them
Here Are The Top 20 Most Common Pin Codes in The World
Former detective chief says Brian Laundrie discovery is "strange"
8 things we learned about Adele from her 73 questions with Vogue
Someone has ranked the penis size of men from all over the world
WATCH: Parents see person walk past daughter's crib in creepy baby monitor footage
You may also like
1 month ago
Woman in her 20s dies in Westmeath crash
2 years ago
Infant boy killed in traffic collision in Limerick
2 years ago
Nine people have been taken to hospital after a crash between a Luas and a Dublin Bus
2 years ago
One Irish person died in the Ethiopian Airlines crash this morning
3 years ago
Five people dead after horrific helicopter crash in New York City
3 years ago
At least six dead and dozens injured as Amtrak train in the US derails
Next Page