"Undoubtedly the best thing that has ever happened to me."

The former reality TV contestant shared the news via his Instagram account this morning, stating that he wanted to take a bit of time away from the public eye to prepare for this "new responsibility."

Jack, who won the 2018 series of Love Island with Dani Dyer, said that although he and the mother of his child are not together, they remain "great friends."

"I’m normally a very open book and share most of my life on my social media," he wrote. "This blessing I chose not to."

"I’m just a normal geeza, who went on a tv show, which throws you straight into the public eye... which I will forever be grateful for.

"However I knew for myself I needed personal time and to keep this part of my life private to prepare for this new responsibility and part of me that will change my life forever."

END_OF_DOCUMENT_TOKEN_TO_BE_REPLACED

Jack went on to  say that becoming a father is "undoubtedly the best thing that has ever happened to me."

"It’s true what they say, the instant feeling of love and connection you have with your child is a feeling like no other," he said.

"I want to thank my family and friends for your continued support, also to my little girl's mother, who has been totally AMAZING throughout.

"Although we are not together we are great friends as we have been for many years and our priority is co-parenting our beautiful baby girl. Both mum and baby are doing great." 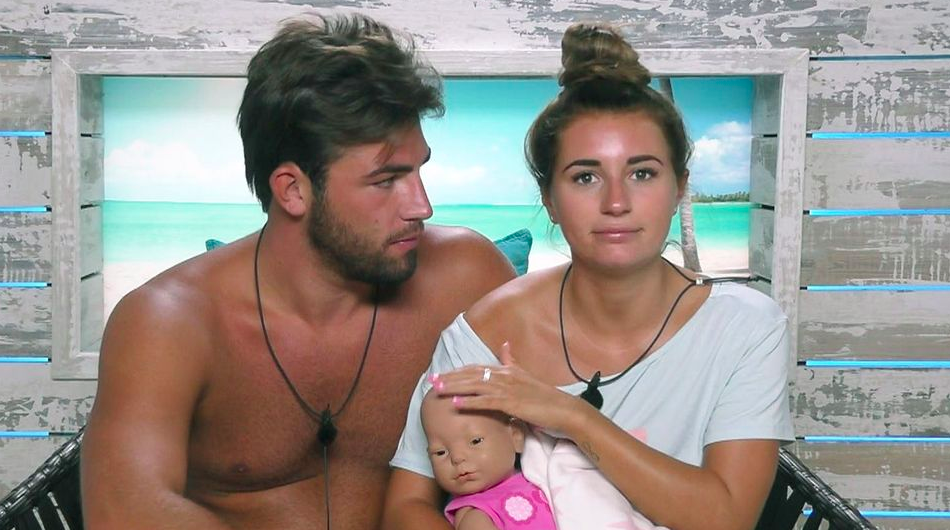 He later said that they ended their relationship because they moved too fast once the show ended.

"If we had lived in Love Island forever, we’d have been fine," he said on Celebs Go Dating.

"We rushed it straight away, we moved in together. I did want to, but I wish we had waited. I let her rush me a little bit. We had a genuine connection in there and I think anyone can see that."

Dani, daughter of Danny Dyer, later rekindled her relationship with ex Sammy Kimmence. The pair are still together.


popular
BRB, running to Penneys for the €19 trousers that look like they cost ten times the price
Holly Willoughby's Zara shirt is the workwear must-have you need in your life
The new ghd Helios hairdryer will give you smooth and shiny hair in a matter of minutes
The dress that Holly Willoughby wore this morning is getting very mixed reactions
'Be a lady they said' made waves yesterday, at the exact moment it should have
The comfy €42 M&S boots we're going to be living in all spring
Say hello to the €40 Stradivarius dress you're going to be seeing everywhere in summer
You may also like
9 hours ago
ITV is looking for applicants for this summer's Love Island
1 day ago
Luke T and Siannise came second in the Love Island finale - here's why that is a VERY good thing
1 day ago
Finn Tapp and Paige Turley are crowned our 2020 Love Island winners
2 days ago
Love Island to pay tribute to Caroline Flack tonight during live final
2 days ago
'Big day today' Iain Stirling applauds Laura Whitmore ahead of Love Island final tonight
4 days ago
The Love Island 'meet the parents' episode is happening tonight, and it's going to be emotional
Next Page