Ryan Thomas and Lucy Mecklenburgh have announced that they have gotten engaged.

The former The Only Way Is Essex star confirmed the news on Instagram on Saturday with an adorable photo from the Italian resort of Positano.

"I said YES," she captioned the photo, adding a ring emoji.

The photo shows the two of them beaming at each other as they stand on a veranda, with the Amalfi Coast behind them.

Fans and friends rushed to congratulate the pair on their happy news.

The 27-year-old took to Instagram Stories later on to share an up-close look at her ring - and it is seriously stunning. 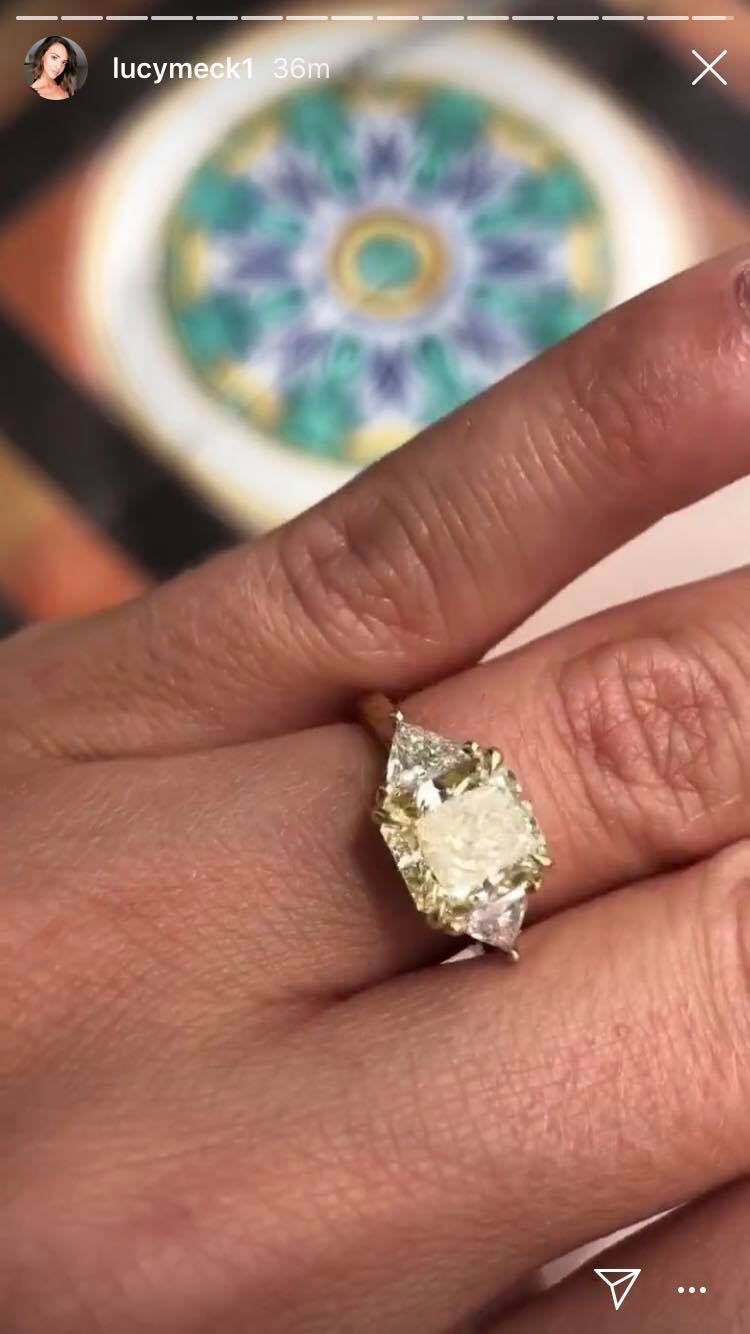 END_OF_DOCUMENT_TOKEN_TO_BE_REPLACED

It comes as many fans were convinced the former Corrie actor would be popping the question, after whisking Lucy away on a surprise Italian holiday.

Lucy revealed earlier this week that he had planned her "dream holiday," and that she had wanted to see the Amalfi Coast for awhile.

"Well it’s safe to say @ryanthomas84 has planned my dream holiday! I’ve wanted to come to the Amalfi Coast for years and so far it’s even more beautiful than I could have ever imagined!!

"Our first stop is this stunning villa in Ravello. I’m not sure he can beat this place but I’m excited to see where the next surprise location is!!!"

The pair first met when they took part in Celebrity Island with Bear Grylls in 2017, before going public with their relationship a few months later.


popular
XOXO: Here's everything we know about the Gossip Girl reboot cast
'That’s the most honest answer': Skeet Ulrich reveals why he is leaving Riverdale
Recipe: 3 ingredient zesty body scrub to give you a stunning spa experience from home
QUIZ: How well do you remember Angus, Thongs and Perfect Snogging (the movie)
Paul Mescal is raffling off one of his iconic chains in support of Pieta House
Irish Hairdressers Federation to propose guidelines for early reopening of salons
Leaving Cert 2020: Calculated grade student portal to open tomorrow
You may also like
2 months ago
Former TOWIE star Jess Wright and her boyfriend William Lee-Kemp are engaged
4 months ago
Nikki Bella has gotten engaged and her ring is absolutely stunning
4 months ago
Rob Kearney and Jess Redden just got engaged in New York, and we NEED a closeup of the ring
7 months ago
Huge congrats! Princess Beatrice is engaged to her boyfriend Edoardo Mapelli Mozzi
9 months ago
Huge congrats! Kristen Wiig is engaged to her boyfriend, Avi Rothman
1 year ago
Hilary Duff has announced she's engaged and just LOOK at the ring
Next Page