Síle Seoige has announced that she is expecting her second child with fiancé Damien O'Farrell.

Hopping on an Instagram Live Q&A, the 42 year old said she is "overjoyed" with the news of a second baby on the way, after suffering two miscarriages.

END_OF_DOCUMENT_TOKEN_TO_BE_REPLACED

She said: "Anyone who has been following me for a while knows the past two years for me, on a personal level, have been challenging because I've gone through two miscarriages.

"My news is that I am pregnant. I am sixteen weeks, I am feeling overjoyed. At the moment there is a lot baby news on Instagram, which is beautiful, but I also know what it's like when it's something you want yourself. I have a baby bump. I have a proper bump. I probably look more than 4 months to be honest... It’s very exciting."

The presenter became a mother to now three year old Cathal in 2017, and not long after celebrated her engagement to Damien in 2018.

She added: "I didn't expect to be this emotional. I'm so happy and feeling so lucky but it hasn't been an easy road. Thank you for the messages, I'm always blown away by the amount of support on Instagram."

Síle is expecting a baby girl this time around and is hoping she can be the best role model possible for her soon to be new arrival. 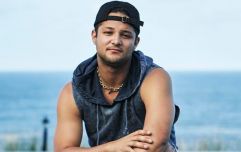 END_OF_DOCUMENT_TOKEN_TO_BE_REPLACED

Opening up about her miscarriages, Síle recently spoke about having suffered from a "missed miscarriage", meaning she never experience the symptoms typically associated with one.

She said on RTE Radio 1 that after having a steady heartbeat at her seven week scan, she was over the moon for her new baby but it wasn't until the nine week scan that she was given the heartbreaking news that her baby had stopped growing.

popular
Paris Hilton says she was "slapped" and "strangled" as a teen in youth care
Someone has ranked the penis size of men from all over the world
Why Are Men so Obsessed With Boobs? The Answer is Pretty Surprising...
8 things we learned about Adele from her 73 questions with Vogue
Here Are The Top 20 Most Common Pin Codes in The World
Former detective chief says Brian Laundrie discovery is "strange"
WATCH: Parents see person walk past daughter's crib in creepy baby monitor footage
You may also like
9 hours ago
Former detective chief says Brian Laundrie discovery is "strange"
10 hours ago
Young woman suffers serious eye injury after being struck with a firework in Eyre Square
17 hours ago
Prop gun discharged by Alec Baldwin kills crew member on set
1 day ago
Three month sentence of Garda for domestic violence is "appalling" says Women's Council
1 day ago
At least seven bodies have been found in search for Brian Laundrie
2 days ago
Notebook and backpack belonging to missing Brian Laundrie found alongside human remains
Next Page