There had been rumours that they were engaged but it seems it’s all over between Lana Del Rey and her boyfriend Barrie-James O’Neill.

The singer apparently confirmed during a recent interview that they are “not together” before adding: “He is a wonderful person. But there are some things with which he must deal.

“I don’t want to explain that further. It was hard on our relationship, I no longer felt free. We will have to see how it goes from here”.

END_OF_DOCUMENT_TOKEN_TO_BE_REPLACED

Lana and Barrie, who is also in the music industry, started dating back in 2011. Earlier this year, the couple sparked engagement rumours when the Summertime Sadness star was spotted wearing a ring on that finger. 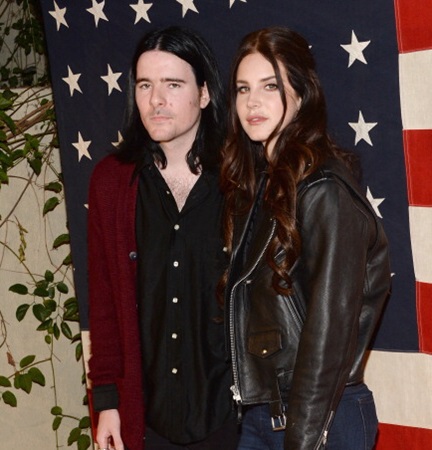 Barrie and Lana have called time on their relationship.

popular
Love Island fans think someone has left after Luca arrives back to empty bed
TikTok sued after girls die during 'blackout challenge'
Friends creator says they regret not using correct pronouns on the show
Airport outfits are all the rage as we head abroad - here are the 4 best ones
Ofcom has received nearly 800 complaints about Love Island so far
Penneys has a perfect dupe for Charlotte Tilbury's Flawless Filter foundation
So it seems Ekin-Su once competed as Miss Ireland before Love Island fame
You may also like
3 years ago
Turns out, this colour of wine gives you the WORST hangover
6 years ago
Lily Allen has revealed that she was stalked for seven years
6 years ago
Pretty Little Liars actor Brandon Jones could be facing over five years in prison
6 years ago
Gwen Stefani Receives Massive Backlash After "Insulting" April Fools' Prank
6 years ago
Katie Price Names And Shames The Twitter Trolls Bullying Her Son Harvey
6 years ago
Kim Kardashian Blasts "Body-Shaming and Slut-Shaming" In Brilliantly Honest Post
Next Page