So Here's What Happens In Hozier's House When He's Home in Ireland...

Hmmm. That's a bit of a random conversation.

Irish star Hozier left fans scratching their heads this afternoon as he took to Twitter to reveal details of the conversation that was going on his house in Ireland at the time. 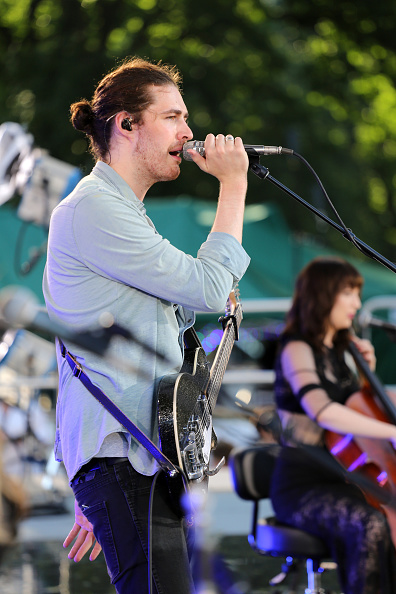 The chart-topping Wicklow man is currently back in the Emerald Isle for a bit, and baffled fans by tweeting about some pretty morbid topics and we’re not really sure what was going on at all, at all.

It's good to be back in Ireland, rain and everything. https://t.co/UeYbumHOnM

"That'd be worse than the time you got me a grave for Christmas." "You're underselling it completely, I got you TWO graves." Mom and Dad <3

To clarify! I didn't gift the graves, obviously. That's a terrible gift to give a parent.

Don't worry, it wasn't a gift for me either. As I've stated in many interviews, I wish to donate my body to a large-scale puppet theatre.

Business idea for the theatrically and inanimately inclined. Hand body over to puppet theatre. You write the play, ancestors watch forever.

Damn that should have said descendants, and I should be asleep.

Fair to say we’d LOVE to be a fly on the wall in his kitchen at home!

popular
Smyths issues warning to parents ahead of Christmas
Netflix's true crime series Sins of our Mother is seriously insane
So, William and Harry have a step sister... and who knew?
Why Are Men so Obsessed With Boobs? The Answer is Pretty Surprising...
Post Malone dramatically falls through stage during concert
A Criminal Minds re-boot is happening – and here's everything we know
Everything coming to Netflix this October
You may also like
3 years ago
Turns out, this colour of wine gives you the WORST hangover
6 years ago
Gwen Stefani Receives Massive Backlash After "Insulting" April Fools' Prank
6 years ago
Katie Price Names And Shames The Twitter Trolls Bullying Her Son Harvey
6 years ago
Kim Kardashian Blasts "Body-Shaming and Slut-Shaming" In Brilliantly Honest Post
6 years ago
WATCH: Emma Watson Launched HeForShe Arts Week On International Women’s Day
5 days ago
Don't panic but a Spice Girl is going to be on this week's Late Late Show
Next Page