Stephanie Davis is set to return to Hollyoaks - three years after she was fired from the soap.

The former Celebrity Big Brother contestant is said to be filming her scenes as Sinead O'Connor in August, before returning to the screen later this year.

According to DigitalSpy, executive producer Bryan Kirkwood said he was "delighted" at Stephanie's return to Hollyoaks.

"She's a hugely talented actress who has worked hard to overcome some personal issues.

"We welcome her return to Hollyoaks to reprise her role as Sinead O'Connor, a brilliant and vibrant character who the audience love.

"Sinead will make a return to the Hutchinsons family in autumn, no doubt bringing drama in tow."

Meanwhile, Stephanie told the Mirror she was "over the moon" to be coming back to Hollyoaks.

“I’m over the moon to be given this amazing opportunity and so excited to bring feisty Sinead back to Hollyoaks.

“I can’t wait to see all the cast and crew there, many that I have known for years.

“I just want to get stuck into learning my first scripts I can’t wait to be on set and back acting again, which is my passion.” 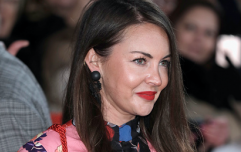 END_OF_DOCUMENT_TOKEN_TO_BE_REPLACED

The actress was written out of the Channel 4 soap in 2015 after bosses terminated her contract with "immediate effect" amid reports of her behind the scenes conduct.

Stephanie originally joined the Hollyoaks cast as Sinead in 2010 alongside alongside her father Rob, stepmother Diane and brother Finn.

popular
Wagatha Christie: Rebekah Vardy storms out of court just 30 minutes into final day
Claire Byrne Live viewers in shock as woman shares family DNA secret
Love Island's Mary Bedford "shaken" after robbed in taxi
Derry Girls creator actually sent Chelsea Clinton a letter when she was 13
HSE urges public to stop using popular e-cigarette
Gogglebox fans show an outpour of support for star after hospital picture
62-Year-Old Woman Marries 9-Year-Old Boy For The Second Time
You may also like
2 months ago
Are Jason and Kylie coming back to Neighbours for the finale?
11 months ago
Holby City cancelled by BBC after 23 years on air
1 year ago
Viewers praise Corrie for emotional scenes as Leanne's son Oliver passes away
2 years ago
Apparently, Emmerdale is the most stressful soap for fans to watch
2 years ago
Viewers in stitches at Corrie blunder as Gemma gives birth wearing her leggings
2 years ago
Corrie's Katie McGlynn shares emotional post saying goodbye to Sinead
Next Page