Stephen Bear has taken to social media to publicly beg Charlotte Crosby for forgiveness - and try to win her back.

The Ex on the Beach contestant and the former Geordie Shore housemate seemingly split for good last month.

But the 28-year-old has since publicly apologised to Charlotte for all of his "mistakes", adding that he wants to give their relationship another go in an open letter on his Instagram account.

Alongside a series of holiday photos, his post began:

"Dear Charlotte, I really messed up.

"If I can rewind the clock back maybe I wouldn’t of done the things I did and say. Life’s about making mistakes.

"I’ve just been really sad recently and I need to get it off my chest.

"I know being with me isn’t easy and I will probably send you insane in the end and I really do care and still love you.

"It might be too late but all I can do is try.

"The New Years coming up and I would love to spend the rest of my life with you.

"I’ve done my best and put it out there.

"I don’t show my feeling often so it will be a very long time before you see me open up again." 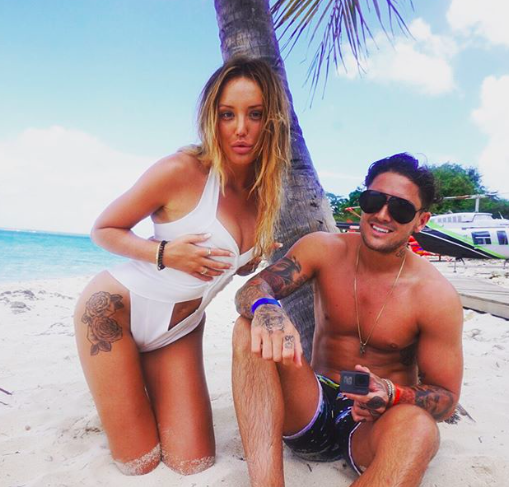 And while some people began to question why Bear was reaching out on Instagram, instead of the easier (and less awkward) method of WhatsApp or even simply ringing her, it turns out there was an explanation.

"I would watsapp you but you’ve changed your number ?would be nice to slide in my DM though if you see this xx"

popular
Here are the baby name trends set to dominate 2023
Love Island's Faye Winter says she feels like she's "failing" as an influencer
Selena Gomez calls out "vile and disgusting comments" following Hailey Bieber interview
5 delicious brunch spots around Ireland to try out on your next trip with the girls
Stacey Solomon addresses previous comments about the monarchy
Royal Family ban TV channels from using funeral footage
Did You Hear What Brian O’Driscoll Said About Wife Amy Huberman on The Late Late Show?
You may also like
1 month ago
Yes, Jedward have really offered to host Big Brother
3 years ago
These are the TV shows that received the most complaints to OFCOM in 2018
3 years ago
Rylan Clark-Neal drops the biggest hint yet about Big Brother's return
4 years ago
Ryan Thomas has received his 'letter of apology' from Roxanne Pallett
4 years ago
Roxanne Pallett writes letter of apology to Ryan Thomas after CBB allegations
4 years ago
Looks like Channel 5 may already have a replacement for Big Brother
Next Page