The CRAZY royal tradition Meghan Markle and her mum, Doria Ragland, will have to follow this Christmas.

A few weeks ago, it was reported that the Queen had invited Doria Ragland, Meghan Markle's mum, to spend Christmas with the royal family this year.

However, according to reports, there's a rather random tradition she will have to follow and all we can say is WHY?

One royal expert says that everyone enjoying Christmas dinner with the Queen is weighed before and after enjoying their meal, say WHAT?

According to Ingrid Seward, editor of Majesty magazine and all-around royal expert, the weigh-in is something that happens every year and has become a royal tradition over time.

Apparently, antique scales are used and it's a way of measuring if people are enjoying themselves and "well-fed" with the tradition going back to the early 1900s and King Edward VII's reign. 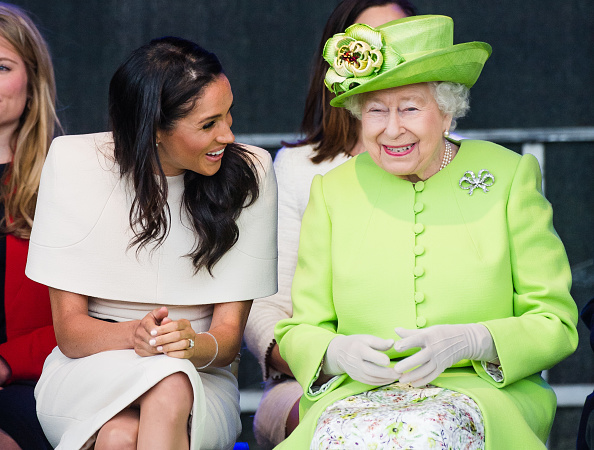 We get that it's a tradition but surely this royal tradition has run its course. 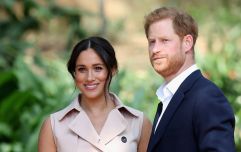 Meghan Markle and Prince Harry have reportedly moved to California

END_OF_DOCUMENT_TOKEN_TO_BE_REPLACED

In conversation with Grazia, Ingrid explained the annual tradition occurs every Christmas and yeah, it's definitely not something we'd be interested in.

A few weeks ago, it was reported that the Queen had extended an invite to Doria to spend Christmas at Sandringham, the Queen's official residence in Norfolk.

The Queen isn't in the practice of inviting people to spend Christmas, Kate Middleton's family haven't yet been so it's a pretty big deal overall.

Speaking about the invite at the time, a royal insider said:

"It's a mark of the Queen's respect for Meghan and an acknowledgement that she doesn't have any other relations in this country - unlike Kate who has the support of a very close family".

Here's hoping this royal tradition takes a backseat this year...


popular
Tesco Ireland to introduce priority shopping hours for healthcare workers
#beautyathome: How to safely remove your gel polish or extensions at home (without wrecking your nails)
Zara's €50 FAB floral dress is all over Instagram and you won't want to miss out
Actor Mark Blum dies of complications arising from Covid-19
Netflix have cancelled Messiah after one season
The Graham Norton Show will return but there's going to be some small changes
Fact Not Fiction: How much do Melanie Murphy and Jessie B know about sexual health?
You may also like
1 day ago
The rumours are true! Meghan Markle IS voicing a Disney film
2 days ago
Meghan Markle could change surname once royal split becomes official at the end of March
1 week ago
Have you tried it? Meghan Markle's favourite foundation is one of the best face bases EVER
1 week ago
'These are uncertain times' Prince Harry and Meghan Markle release a statement on Covid-19
2 weeks ago
Exiting the royal family has changed Harry and Meghan - entirely for the better
2 weeks ago
Meghan Markle gives rare update on how baby Archie is doing in Canada
Next Page