In case you haven't heard, Westlife are going to be on The Late Late Show on Friday.

Yes, Kian, Mark, Nicky and Shane will be in studio to perform their newest single - as well as some fan favourites - on Friday night.

And RTÉ are looking for Ireland's biggest Westlife fans to join them in studio.

All you have to do to be in with a chance to win a pair of tickets is fill out the questionnaire here, and tell them why you are Westlife's greatest fan and what their music means to you. 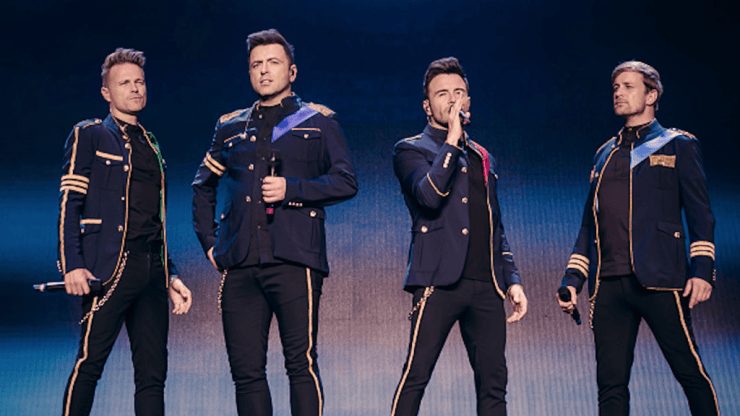 Last Friday night, Ryan Tubridy confirmed that Westlife would be part of the "extraordinary" line-up for this week's episode.

"We're going to have Westlife here with us," he said. "And we will also have Christy Moore with us next week. In an exclusive interview also next week, we're going to talk to Joe Schmidt as he bids farewell to the Irish rugby team."

He promised that next week's episode would be "quite the humdinger" for fans.

"And then the week after that we have a show some people might have heard of called The Toy Show. And, em, God help us all," he continued.

popular
5 new additions to Netflix to spend your Saturday night watching
These €40 Lost Stock fashion boxes are helping support factory workers in Bangladesh
Will Smith admits to 'failing miserably' in 21-year marriage to Jada Pinkett Smith
5 reasons why Limerick is an ideal staycation destination this summer
Someone has ranked the penis size of men from all over the world
QUIZ: How well do you remember the 2005 movie Pride & Prejudice
Here's what happens on every day of your menstrual cycle (roughly)
You may also like
3 weeks ago
Westlife are giving one lucky fan the chance to have them play at their wedding
3 months ago
Mark Feehily challenges Westlife fans to learn one of the band's dance routines
3 months ago
QUIZ: Can you name the Westlife song based off the first line?
6 months ago
The hour-long Westlife special is being shown again this afternoon
6 months ago
RTÉ to air hour-long Westlife special tonight
6 months ago
'Saddest day of my life' Westlife's Shane Filan thanks fans for support following passing of mother
Next Page