Famous people being unintentionally entertaining on social media will never not be funny.

As we've learned with David Beckham and Niall Horan, certain forms of social media just don't suit everyone. Conor McGregor is no exception to that.

Possibly unbeknown to him, his Instagram is extremely endearing and also a very reliable source of daily entertainment. Thank you, Conor.

Conor is fond of a candid photograph. Unfortunately, it always comes across very clearly that the photograph has been prearranged and planned to within an inch of its life. For some strange reason, Conor appears to think that dinnertime is when he's at his most candid. The camera angles are so on point, there's no way these snaps are accidentally perfect.

Recovering on site after a gruelling session! #RoundRacking 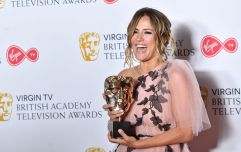 END_OF_DOCUMENT_TOKEN_TO_BE_REPLACED

Usually, the whole point of a selfie is to share your gorgeous face with people to make them fancy you or comment supportive messages such as "OMG STUNNING", "Wow, ride" and "Marry me!". However, our Conor goes for a more intimidating look, quite often frightening the life out of me as I scroll through my timeline.

It takes a nutsack and a fat wallet to rock all white. Know that. END_OF_DOCUMENT_TOKEN_TO_BE_REPLACED

Conor, chicken, we get it: You've got a lot of money. Our lives are shitty enough without constantly being reminded that you get paid $1m to spit a mouthful of Gatorade out the car window. It's upsetting, but also allows us to fantasise about living a life as extravagant as yours, you absolute scoundrel.

Picked up some nice hats today. END_OF_DOCUMENT_TOKEN_TO_BE_REPLACED

You have to admire a man that wears incredibly ridiculous clothes and proudly shares them on social media. It's almost as if he's fully aware that he looks ridiculous and is doing it on purpose so us idiots will write articles like this one. Touché Conor. I've been had.

Shout out to my brother @paddyholohanmma on his successful career in the fight game! We had a heck of a time in Iceland training and toasting young success!! Tallaght and Crumlins finest! The game will never be the same!

Do something about it. Nobody can do nothing.

It's common knowledge that famous people get an obscene amount of money to post Instagrams of certain products and give them a bit of a plug in the caption. Conor doesn't dance around the matter, essentially throwing the advertisements straight under our noses for us to deal with. Got a problem with that? He most definitely couldn't give a flip, and that has to be admired.

I'm eating like a king these days. @thesirtfooddiet #CheckItOut #Thanks

I have inked a deal with @budlight. It is an honor to team up with this game changing brand as I too change the game.

You don't get to 5.3 million Instagram followers without keeping people entertained and Conor certainly does just that. He's not afraid to allow his inner lunatic show, which I personally enjoy more than anything else on my Instagram feed. Thank you Conor, for unreservedly being your hilarious self, and for allowing us to be involved.

Relaxing having a coffee before a great day of sparring. Preparation is going fantastic! My excitement for the circus is building.

In case it rains money...

Who would like 1 million of these great coins? Let's go Oireachtas! #VoteYES!


popular
Zara's €20 top comes in eleven different colours and it's the cosy comfort we need
Golden retriever Sunny delivers groceries to his owner's neighbour and what a good boy
Rihanna has just been given a Government role in her home country of Barbados
Meghan and Harry issue statement following Donald Trump's Twitter comments
So, William and Harry have a step sister... and who knew?
#Covid-19: Life cannot go 'back to normal' after Easter Sunday, says Simon Harris
'You've been great' It looks like Harry and Meghan just shared their final Instagram post
You may also like
3 months ago
80 per cent of people believe social media impacts hiring decisions, study finds
4 months ago
Twitter to remove inactive accounts and free up usernames in December
4 months ago
Stray dog found caring for five abandoned kittens and yes, we're bawling
4 months ago
'What a crazy 24 hours' Aoibhín Garrihy and John Burke welcome their second child
4 months ago
Why you should go on an Instagram unfollow spree right now
4 months ago
There's an unreal new Twitter feature coming, and it sounds very interesting
Next Page