The X Factor is Back! Here's What Happened on the First Episode

The X Factor is back in all its reality TV glory!

At the outset, new presenters Olly Murs and Caroline Flack flagged it as “The year of change”, introducing new judges Rita Ora and Nick Grimshaw to viewers. Simon was back at the helm, with Cheryl the only other familiar face hanging around. Louis still got to make an appearance, albeit during the ad breaks via THAT Cadbury’s ad.

The very first audition of the new series was Susan Price. Simon asked about her pets, for some reason, and we learned she’s the proud human of Peter the cockatoo. Sixty-year-old Susan from Blackpool, a grandmother of two, talked about her fondness for bingo before launching into a rendition of 2 Unlimited’s No Limit. It was bonkers and it was glorious. Simon got in a dig for The Voice and Nick compared her to Irish star Mary Byrne. 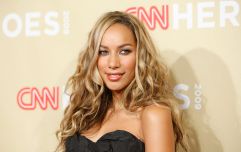 END_OF_DOCUMENT_TOKEN_TO_BE_REPLACED

Reach for that sky Susan. Reach. Next up was Lauren from north-west London. She's a receptionist in a dentist's office and she's 25. She called in sick to work and really wanted to sing Whitney... until Simon steered her clear. After a bit of a false start, she KILLED it with Somebody Else's Guy. She made Cheryl excited. She wants to mentor her... but WE get to pick the categories this year, soz bbz Cheryl.

We were worried about Lauren for a second there. But WOAH. pic.twitter.com/WuGEz9IhTj — Her.ie (@Herdotie) August 29, 2015 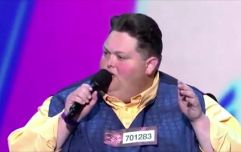 END_OF_DOCUMENT_TOKEN_TO_BE_REPLACED

After the first (of many) breaks we were introduced to our first group - Man and Woman, a boyfriend and girlfriend act. They sang Michael Jackson's "You Are Not Alone". We wished they were alone. When they got a resounding now, Woman broke off on her own.

*All together now... YOUUUUU are not alone!* pic.twitter.com/yvrsZDQ4MH

Jennifer was next. She sings in the church and she's giving nothing away about her age, except the fact that she's "over 35, honey". She likes big songs and ballads. She's all about the divas and X Factor is her chance to "come out of retirement". She was swayed away from Celine Dion and thank God - a take on Mary J.'s Shackles saw the first standing ovation from the judges. Nice.

We used the next ad break to reflect on how much we miss Louis.

Tom was next up. He works front of house at a gym and wants to be the male version of Cheryl. He killed it with that routine though.

Is this the male Cheryl? We ❤️ Tom. pic.twitter.com/miHHqZeJSf

He was followed by Mason Noise, who got seriously saucy with judge Rita Ora.

THEN. ANOTHER TOM. THE VOICE.

Cheryl's face! This will be the audition everyone is talking about tomorrow... pic.twitter.com/D42zwLwu79

Another band up next, The Fourth Power from The Philippines. They flew all the way to the UK just to audition! It was worth the trip, they were unreal. Especially the rap. Amazing. Dani went through next with a rendition of I Heard It Through the Grapevine and very little screen time. Salesman John, who was once in a band called The Smalltown Blaggers with Olly Murs of all people, was up next. He was very, very nervous, and his first take on Budapest did not go to plan. He switched to One Republic's Counting Stars and everyone breathed a sigh of relief. But it was not to be - the judges were not impressed. Eighteen-year-old Kelly from Mullingar was next, but nerves got the better of her too.

Louisa, 17, from Essex needed to be reminded to breathe. She sang Michael Jackson's Who's Loving You and left us wondering what she could possibly have been nervous about...

And that was it! We're back for another year, Christmas is clearly just around the corner and this is what our weekends will look like until December. See you tomorrow!

popular
Traditional names such as Mary, Maureen, John and Michael may soon be extinct
Texas student says she "played dead" during school shooting to survive
First case of monkeypox confirmed in Republic of Ireland
Young mum packs her bags and travels the world with 3-year-old son
This girl absolutely SCHOOLED this guy for sending an unsolicited dick pic
Doctors urge women not to follow Kourtney Kardashian's 'semen' fertility advice
Viewers praise Dermot Kennedy for "powerful" performance after Late Late Show finale
You may also like
1 month ago
Liam Payne finally explains weird accent during hilarious Oscars interview
1 year ago
Cher Lloyd appears to call out X Factor exploitation in viral TikTok
2 years ago
Love Island band 'No Love Lost' confirm split as Wes Nelson is 'working' on solo record
2 years ago
WATCH: Jahmene Douglas says X Factor was 'traumatising', urges singers to avoid it
2 years ago
Simon Cowell 'didn't have a clue' who the X Factor: Celebrity contestants were before filming
2 years ago
X Factor's Fleur East got married this weekend in the most stunning dress EVER
Next Page