Amy Childs has kicked boyfriend Bradley Wright out of their home, after he was allegedly caught sending nude photos of himself and sexting another woman. 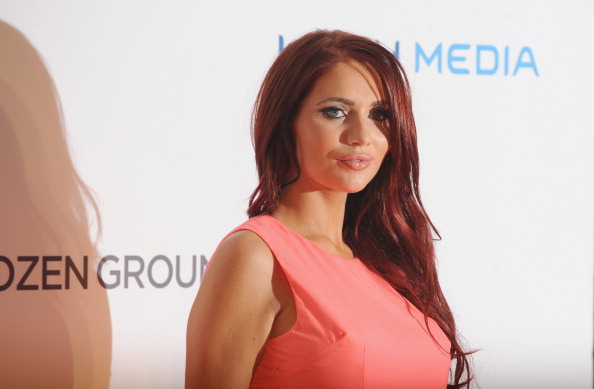 The former TOWIE star kicked Bradley out of her house, but has told The Mirror she still loves him:

"What Brad has done is disrespectful.

"I am so upset and angry. We love each other but I can’t have him around right now. I feel stressed and he has made me feel bad about myself."

Me and my boy tonight in Portugal .... ???Jumpsuit from @inthestyleuk ??

After hearing the news, the 25-year old revealed she asked him to immediately take his things and leave:

"I've moved him out the house and chucked all his stuff out. Clothes, trainers – they've all gone. I asked him to take them all away and he has.

"He is heartbroken but he needs to realise what he has done to me and I can’t have him around right now."

Since the news broke, Bradley has admitted to sending messages, but insists the pictures weren’t of him.

END_OF_DOCUMENT_TOKEN_TO_BE_REPLACED

Speaking to new! Magazine, Bradley revealed that Amy knows he wouldn’t cheat, but is more hurt by the position he’s put them in:

"She obviously wasn't happy. She thinks I'm stupid but she knows I wouldn't cheat. She's just more angry that I've put myself in that situation.

"I'm just so sorry for putting her in this position. It was a silly thing to do. I know that now."

Only last month, the pair sparked engagement rumours when Amy was spotted with a ring on that finger.

END_OF_DOCUMENT_TOKEN_TO_BE_REPLACED

The flame-haired reality star has been dating boyfriend Bradley Wright for one year. They met at TOWIE hotspot Sugar Hut.

The pair have previously spoken about marriage, having told OK! Magazine in the past:

"Amy is the only girl I've ever wanted to marry so it's definitely on the cards", adding "we both want a big wedding."

Amy also admitted they had chosen a wedding location before any engagement, saying: "We've got our eyes on our dream venue, it's a castle in Hertfordshire which we both love."