David Beckham appeared on The Jimmy Kimmel show last night, talking about how he gets to spend lots of time with his children now that he has retired from football.

Jimmy started the conversation off by joking that David didn't look very well, to which he replied: "Funny you should say that.

"My little girl turned around to me the other day – I had just bathed her and I was towelling her down, and she said, 'Daddy I love you so much. But I don't like you, you're so chubby'."

END_OF_DOCUMENT_TOKEN_TO_BE_REPLACED

David also revealed that he has a new career as a taxi driver, in other words he is chauffeur to his four children.

"I've become a taxi driver overnight with the kids. I'm literally an Uber driver. I take them from seven in the morning to schools, I have four drop offs, four different schools" said the 39-year-old.

He also revealed how his kids don't think he's a cool Dad and Brooklyn even asks him to drop him around the corner from his school for fear anyone would see him.

If you're a fan of the Beckham family, the video above is well worth a watch. 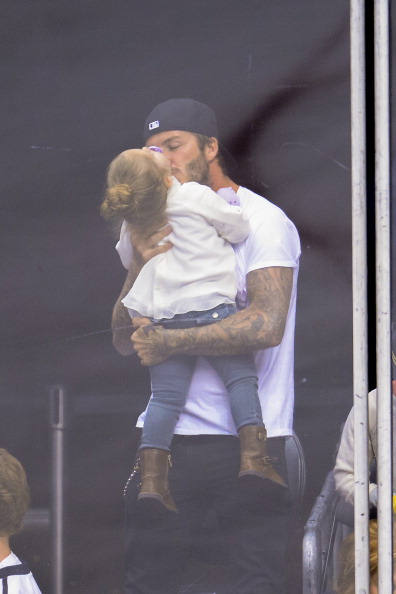