WATCH: Celebrity Mean Tweets Returns And It's Better Than Ever

One of the funniest things to come out of the Jimmy Kimmel Show is the Mean Tweets segment, it's back and it is better than ever.

Our favourite has to be Sean Penn's tweet: "Sean Penn, you rude! Dumb, rude and full of farts. You stanky Sean, real time stanker." 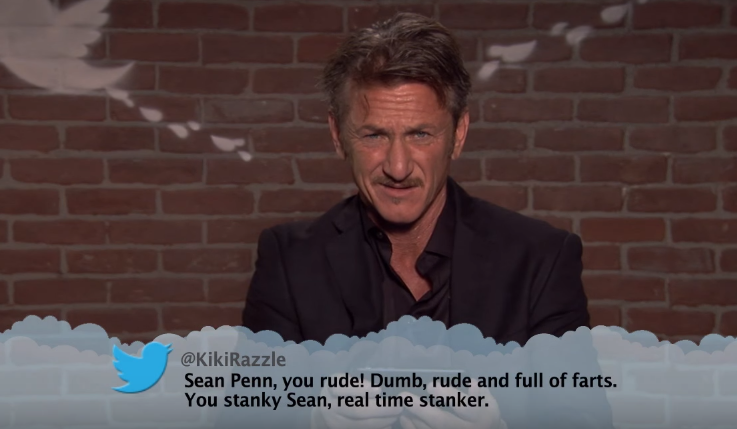 Try reading that while keeping a straight face.

Poor Daniel Radcliff gets a slagging in the looks department, but he took it on the chin. 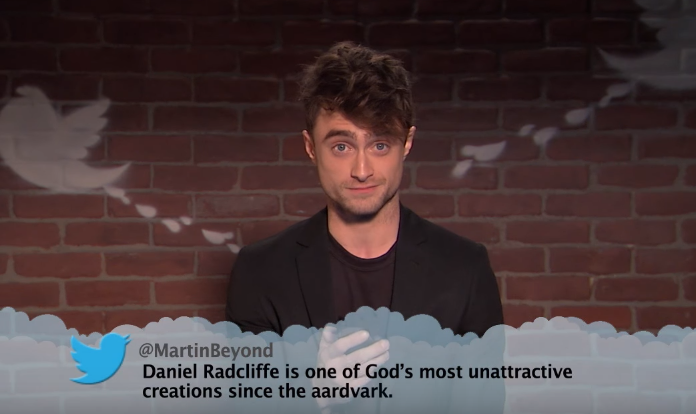 popular
Love Island fans think someone has left after Luca arrives back to empty bed
TikTok sued after girls die during 'blackout challenge'
Friends creator says they regret not using correct pronouns on the show
Airport outfits are all the rage as we head abroad - here are the 4 best ones
Ofcom has received nearly 800 complaints about Love Island so far
Penneys has a perfect dupe for Charlotte Tilbury's Flawless Filter foundation
So it seems Ekin-Su once competed as Miss Ireland before Love Island fame
You may also like
3 days ago
Here's how to make Hailey Bieber's TikTok famous Strawberry Glaze Skin Smoothie
2 weeks ago
Mass in Mayo church goes viral after spooky incident happens over livestream
3 weeks ago
People on TikTok are making 'healthy Coke' with just two ingredients
1 month ago
What the heck is #Swedengate – and do Swedish people really not feed their guests?
1 month ago
A couple in India has sued their son for over €600,000 for not giving them a grandchild
1 month ago
Woman shares genius hack for making any bra backless
Next Page