What About The Bromance?! George Clooney has Picked his Best Man... And it's NOT Brad!

We always thought gorgeous George and beautiful Brad were confirmed Besties for Life.

So, we imagine that Brad might be feeling a little shunned today, given the news that he will NOT be acting as Best Man for his best bud.

Instead, Clooney will leave bachelorhood behind with Matt Damon acting as his right hand man.

END_OF_DOCUMENT_TOKEN_TO_BE_REPLACED

Hollywood superstar Clooney, 53, claimed headlines around the world when it was revealed last month that he had proposed to high-profile lawyer Amal Alamuddin.

Now, a source has told The Sun newspaper that it will be Matt on Best Man duty, and not Brad as fans of the two may have expected. The source said: “A lot of people thought Brad was a certainty to be George's best man as they have been such good friends for years. But he is probably even closer to Matt.

''Besides many years ago, during one drunken night together, George made a promise to Matt that he would make him his best man if he ever got married - so Matt called to claim his prize.'' 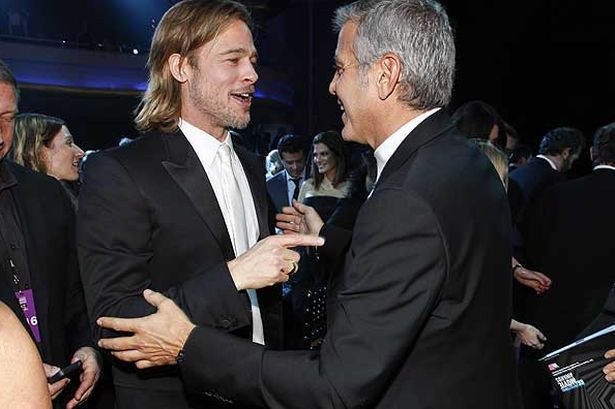 All three stars worked together on the Ocean’s Eleven series of films and Brad is still expected to be at the wedding.

Following the nuptials, Clooney will relocate to London, where Amal works.

So about that stag night… might we suggest Ireland?