Who's She Dating Now? Lupita Nyong'o Linked to Rapper

Another day, another rumoured relationship for Oscar winner Lupita Nyong'o. The actress is said to be in a secret long-term romance with Somali-born rapper K'Naan.

The 12 Years a Slave beauty has been linked to Michael Fassbender and Jared Leto, but latest reports see the star's reported romance with rapper K'Naan heat up following her appearance on TV breakfast show Live! with Kelly and Michael in New York City on March 3rd. The pair are rumoured to be dating since September.

Photos that emerged online following the morning interview show Nyong'o tightly embracing the rapper, who was minding her Oscar trophy.

With Leto and K'Naan both vying for attention, it's yet to be confirmed who's bagged the most eligible singleton in LA. 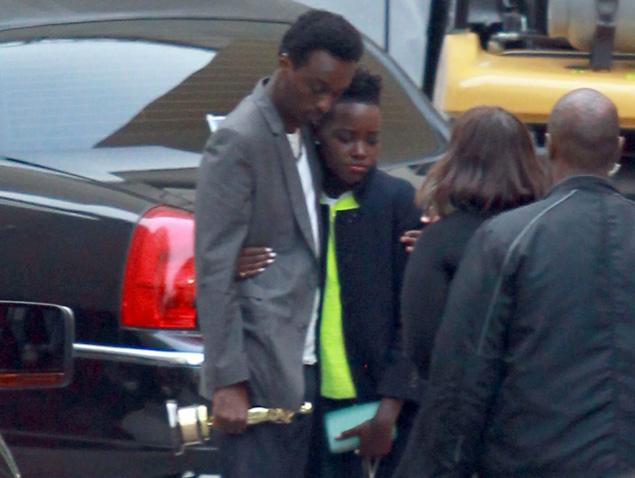 Girls With Goals || Her · Ep.154: Scholarship Squad Take 2 - Smurfit alum Grace Milton
popular
'They're Dead To Me Now' - Kate And Oliver Hudson Have Been Disowned By Their Father
Someone has ranked the penis size of men from all over the world
Sex dreams: What do they mean and why do we have them?
It's a Sin: Bump Channel 4's latest drama to the top of your watch-list
Police called to "illegal rave" in UK to find pensioners queuing for vaccine
WATCH: A documentary about the two men who got married to avoid tax is coming to RTÉ
Here's what happens on every day of your menstrual cycle (roughly)
You may also like
1 year ago
Turns out, this colour of wine gives you the WORST hangover
4 years ago
Lily Allen has revealed that she was stalked for seven years
4 years ago
Pretty Little Liars actor Brandon Jones could be facing over five years in prison
4 years ago
Gwen Stefani Receives Massive Backlash After "Insulting" April Fools' Prank
4 years ago
Katie Price Names And Shames The Twitter Trolls Bullying Her Son Harvey
4 years ago
Kim Kardashian Blasts "Body-Shaming and Slut-Shaming" In Brilliantly Honest Post
Next Page