This year’s X-Factor may have stayed in the headlines, but for all the wrong reasons.

Between claims of a ‘fix’ at judges’ houses, to technical issues and Olly Murs’ infamous blunder, most people probably won’t be surprised by claims that bosses ensured the teenager was destined to win the show.

The latest cloud over the reality series comes from the singer accidentally posting a promo tweet for her new single… two days before she’d actually won.

The tweet, which was screengrabbed by HelloU before being deleted, was originally posted on Friday, December 11th at 11.36pm. 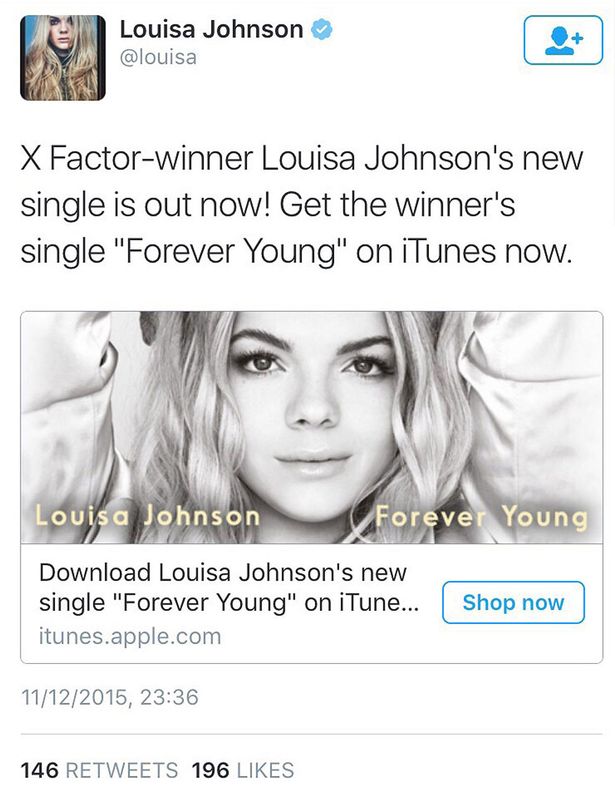 While it’s being claimed the mistake could be a scheduling error, audience members believe the error just further proves the process has become scripted from the audition stages.
Former XFactor star Steve Brookstein also weighed in on the argument, tweeting:

Haha want anymore proof it was set up for louisa? #XFactorFinal

how long before Captain Cowell confirms that he won't be able to do next year's X factor because of other commitments? #JumpShip — Steve Brookstein (@stevebrookstein) December 13, 2015

Bosses of the ITV show have yet to comment on the claims.

popular
Negative Covid tests will be required to enter Ireland, Cabinet agrees
Father and daughter stabbed to death in London
Pantos can go ahead this Christmas but don't bring the children – Health Minister
Andrew McGinley receives messages of support from RTE staff after cancelled interview
14-year-old boy charged with murder of 12-year-old Ava White
Toy Show's sign language interpreter Amanda Coogan hailed a "national treasure"
Three-month plan needed to manage current Covid wave, says NPHET official
You may also like
1 month ago
Last night's Strictly result ruffled a few feathers
4 months ago
Peachy keen, jellybean! A Pink Ladies TV show is officially in the works
4 months ago
Hope is missing from Virgin River season 3 - here's why
2 years ago
Tonight's episode of The Rotunda will have you in tears
3 years ago
Did you spot this massive Phoebe mistake in the first episode of Friends?
3 years ago
This is what First Dates' barman Merlin Griffiths does in real life
Next Page