A brilliant mix of classics and brand new releases have been added...

No matter what mood you're in, no matter what kind of movie or show you're looking for, the recent additions to Star and the other platforms on Disney+ will definitely offer you something you'll know and enjoy, or discover and love.

Kicking things off with... 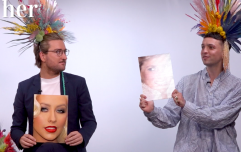 END_OF_DOCUMENT_TOKEN_TO_BE_REPLACED

Three-time Oscar-winner Frances McDormand stars in the powerful drama about a woman who loses everything in the recession, so she embarks on a personal journey through America, living in her van as a kind of modern-day nomad.

It recently won three Oscars at the 2021 Academy Awards, including Best Picture, Best Director for writer/director Chloé Zhao and Best Actress for McDormand.

If you're a fan of the hugely popular medical drama - which has previously given us both McDreamy AND McSteamy - then you should be VERY happy to hear that Season 16 of the show is now available to watch.

If you're already 15 seasons in, then you clearly don't need any more convincing from us! 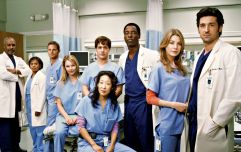 END_OF_DOCUMENT_TOKEN_TO_BE_REPLACED

We're going all the way back to the '90s for this incredibly entertaining end-of-the-world disaster movie.

Bruce Willis and Ben Affleck head up a rag-tag group of deep sea oil drillers who are drafted by NASA to dig to the core of an incoming asteroid, with the hopes of blowing it up before it destroys mankind.

And who forget THAT iconic song from the movie's soundtrack...

Imagine Home Alone, but if Kevin was a baby instead of an 8-year old boy...

That is kiiiind of the premise here, as three kidnappers completely bungle their attempts to hold a little baby ransom from his rich parents, when it turns out that the baby is (accidentally) a lot more competent than most adults.

And keep an eye out for Sex And The City's Cynthia Nixon in one of her early movie roles!

John Stamos headlines this new series from the creators of Big Little Lies and The Undoing, playing an NBA coach with anger management issues, who has one outburst too many and finds himself fired from his job.

Trying to rebuild his career, he takes on the job as the coach of an all-girls high school basketball team.

Check out the trailer from the brand new show right here...

Yes, it is probably best known now as the movie that gave us the iconic 'Gangsta's Paradise', but there is more to this than just the killer soundtrack.

It has Michelle Pfeiffer as an ex-Marine, who takes on the job as a teacher in an inner city school, and tries to find a way to reach and connect with her new students.

Steve Martin is the titular father of the bride in these TWO much-loved comedies.

In the first one, he tries to wrap his head around his daughter actually getting married, while the sequel sees him contending with his daughter becoming a mother herself, while his own wife (Diane Keaton) also discovers she's pregnant.

The perfect double bill for a Saturday night in!

This series takes an inside look at the real-life romantic and creative partnership between influential choreographer and director, Bob Fosse (played by Sam Rockwell), and Gwen Verdon (Michelle Williams), one of the greatest Broadway dancers of all time.

If you loved the first season of Solar Opposites, the new series from Justin Roiland, the co-creator of Rick & Morty, and you were worried you might have to wait a long time for the next season, we can put your mind at ease!

Korvo, Terry, and the rest of their alien family continue to try to adapt to life on Earth in their own irreverent, brilliantly weird and very, very funny way. 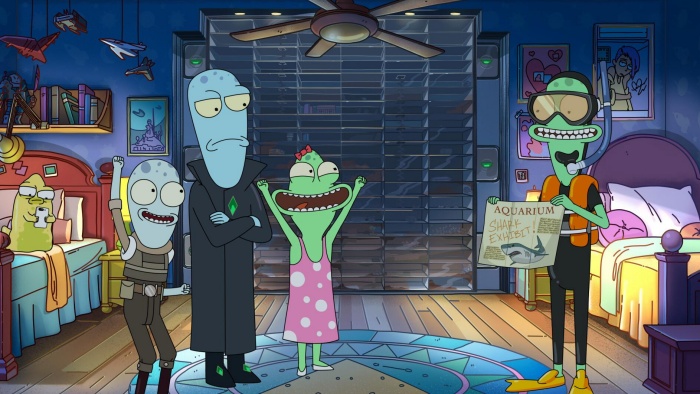 All of these, plus much more, are now streaming on Disney+.

Find out more at DisneyPlus.com!

popular
Late Late Show viewers are not happy with Ryan's questions for Billy Connolly
10 items from Zara for the perfect autumn capsule wardrobe
15 brilliant stocking fillers we are picking up from Penneys before they sell out
9 of the best horror movies on Netflix this Halloween
Dublin bridal shop donates their dresses to Barnardos every year
Strictly microphones pick up gas audio from the contestants
The viral photo that can help women detect early signs of breast cancer
You may also like
3 days ago
There's a haunted house party happening in Dublin with cocktails, food and a live DJ
3 days ago
Buying your first home in Cork, Kerry or Limerick? You won't want to miss this free virtual event
5 days ago
5 simple ways to take control of your heartburn
6 days ago
Over 70% of our readers don’t understand how the morning after pill works, Her Sexual Experience Survey reveals
1 week ago
Buying your first home in County Cork? You won't want to miss this free virtual event
1 week ago
A brand new mural dedicated to Irish people's dreams was unveiled in Dublin today
Next Page