We just want her in our girl gang.

It's the Channel 4 show that has warmed our hearts over the course of five weeks and the final episode of Old People's Home for 4-Year-Olds did not disappoint.

The programme pioneered the idea to relocate a group of pre-schoolers into a UK nursing home to prove that two starkly different age demographics could have positive effects on each other.

Following on from the popular first season, the new series took place in Lark Hill Village in Nottingham, one of the largest nursing homes in the UK and Europe. It was a slightly longer study this time around to further investigate the possible benefits of intergenerational friendships. 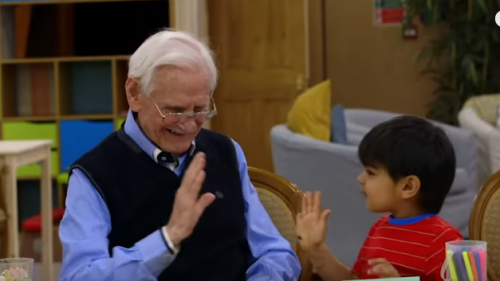 Throughout the course of the five episodes, we've laughed and cried in equal measure. There have been some amazing moments of humanity captured in the second season, like when it was revealed one of the little girl's mothers passed away just weeks before the experiment began filming, or when the children came face to face with the stark reality of death when one of their chicks failed to hatch.

During last night's final, people were amazed when eighty-one-year-old Lilian, a former dance professional in her youth, managed to overcome her fear of falling and performed a spectacular tap dancing routine. 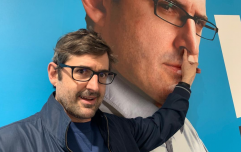 Louis Theroux has a new 4-part series coming to the BBC all about, well, Louis

END_OF_DOCUMENT_TOKEN_TO_BE_REPLACED

Indeed, there was a notable increase in the elderly people's confidence and mobility after spending time with the group of youngsters.

In perhaps our favourite moment of the series, the oldest resident of Lark Hill, 102-year-old Sylvia, got out of her wheelchair to try her hand at basketball.

The nursing home hosted a sports day for the children and the older adults to participate in and Sylvia was keen to get some practice in before the main event.

The children cheered her on before she took her shot and after getting it in the basket, Sylvia gloated that she was going to win at sports day!

We have our fingers crossed for a third season. With the success of this year's experiment, there is sure to be one.

It's always nice to have a good news story.

popular
'Beard-baiting' is now apparently a dating trend - and we're all for it
Cheese, chocolate or pasta? What your food cravings mean
Curtain bangs are trending - here's everything you need to know
10 women on the relationship deal-breakers they learned the hard way
Rose Leslie and Kit Harington share baby news with super cute photo
QUIZ: How well do you really remember the first episode of Sabrina The Teenage Witch?
QUIZ: Can you name all 32 counties in Ireland in under 4 minutes?
You may also like
3 months ago
This Netflix documentary on New York doctors is an important and powerful watch
4 months ago
Sky is releasing a new three-part documentary about sharks that we're ready to sink our teeth into
5 months ago
Seven Netflix documentaries to fill the hole left in your heart by Tiger King
8 months ago
Justin Bieber drops trailer for new docuseries that will show a 'full circle' look at his life
10 months ago
On TG4 tonight, Evanne Ní Chuilinn tells her story of being adopted from an Irish Mother and Baby Home
10 months ago
Sky's true crime documentary The Disappearance of Susan Cox Powell begins this weekend
Next Page