20 years later... the entire cast of Dawson's Creek reunited and we feel old

Can you believe it’s been 20 years since Dawson’s Creek first aired? We certainly can’t.

From the minute the first episode aired, we were obsessed with everything Dawson, Joey, Pacey and Jen got up to. Who was dating who, what school drama they’d be involved in this week and which guy with Joey would pick? #TeamPacey

END_OF_DOCUMENT_TOKEN_TO_BE_REPLACED

Yes, we were obsessed with the teen drama, however, 20 years have passed and the cast are no longer teens – and neither are we.

Reuniting to mark the anniversary, the cast posed for a front page spread in Entertainment Weekly and it has us feeling so nostalgic.

20 years after #DawsonsCreek stole the heart of every teen, @KatieHolmes212, @vanderjames and the rest of the cast reunite to talk about the show's legacy. Watch more #CreekWeek here: https://t.co/htoRydQLRh pic.twitter.com/JB1hrfVmZ0

And this wasn’t just one or two cast members either – the actors who played Dawson, Joey, Pacey, Jen, Andie, Evelyn, Mitch, Jack and more all reunited for a special shoot and spoke about their memories of filming the hugely popular show.

“I loved that we were able to in there in those formative years for people,” Michelle Williams said.

“That’s why people, I think, are so connected to it. When something affects you while you were growing up, it kind of stays in there forever.

"When you’re so permeable and open and trying to figure out who you are and what’s going on, whatever reaches you in those moments really become part of you.”

Dawson’s Creek Reunion!
We brought the #DawsonsCreek cast back together in celebration of its 20th anniversary to reminisce about their time on the iconic TV show. Get all the details: https://t.co/ja2vNmH03F #CreekWeek pic.twitter.com/L9bf1n0u1n

However, while many shows from years past are now getting a new lease on life, it doesn’t look like Dawson’s Creek will be one of them.

“What would we do? One of the reasons we did the finale five years in the future was to put a button on it,” said creator Kevin Williamson.

END_OF_DOCUMENT_TOKEN_TO_BE_REPLACED

“What would a reunion be? What would that look like? Why would you? I don’t see it and I don’t feel it. The finale was such a beautiful moment in time and the show was always meant to be a nostalgia piece. 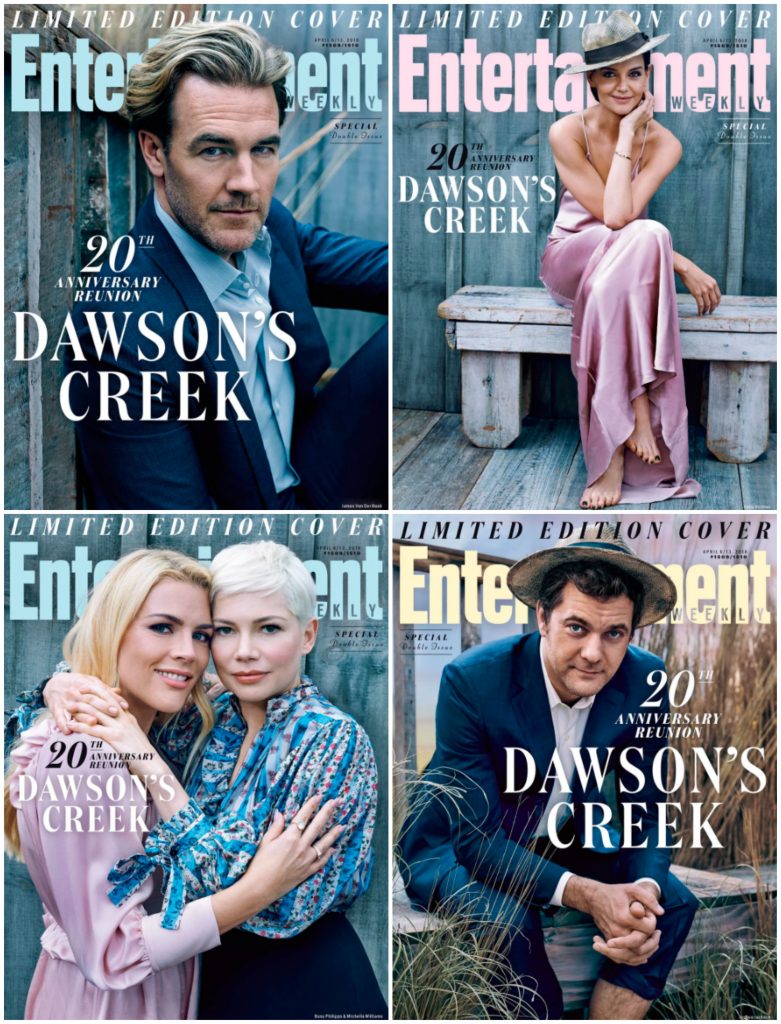 BRB, just going to watch the entire show from beginning to end again.

popular
How to turn 20 days of annual leave into 50 days off
Man arrested after woman raped on train as passengers filmed it
70-year-old woman reportedly becomes first-time mum after welcoming baby boy
Richard Madeley under fire for comments about Kate Middleton's waist
WATCH: The first trailer for Ozark Season 4 just dropped
Jamie Redknapp marries girlfriend without ever announcing engagement
Breast cancer survivor Tracy Bennett wants to raise awareness for "sneaky" type of cancer
You may also like
1 week ago
Everybody's watching Netflix's Maid - and for good reason too
1 week ago
Squid Game fans spot massive clue in Tug of War game
1 week ago
Disappointment as The Den has been cancelled again
2 weeks ago
Why we can't stop watching Squid Game
2 weeks ago
Looks like Irish gangland drama Kin will return for more seasons
2 weeks ago
Tilly Ramsay moves dad Gordon to tears after performance on Strictly
Next Page