A source has said that this year's pre-selection criteria are the "most extensive".

Details surrounding the mental health and welfare policies in place on the dating show Love Island have emerged ahead of the series' return.

An insider source has told The Sun that this year's mental health checks are the "most extensive tests" the series has carried out to date. 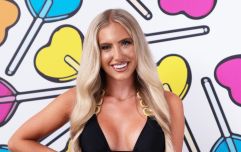 END_OF_DOCUMENT_TOKEN_TO_BE_REPLACED

They confirmed that there are three stages of checks contestants need to pass before they are given the go-ahead.

These include a mental health questionnaire, an interview with an expert and a final meeting with a psychologist who will determine whether or not the participant is suitable for the series.

The source said: "ITV puts the welfare of its Love Island stars front and centre and this year's checks were the most extensive carried out."

They continued: "Producers are mindful that this series is also set to be the most watched because more people are watching TV during lockdown than ever.

"That's why the tests have been ramped up and a lot of help and support is being put in place." 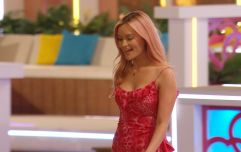 Love Islanders will decide whether to recouple in Casa Amor TONIGHT

END_OF_DOCUMENT_TOKEN_TO_BE_REPLACED

He said: "Our welfare processes follow three key stages: pre-filming, filming and aftercare and we are increasing our post filming support to help Islanders following their time in villa."

Last week, the show's host Laura Whitmore issued a timely reminder ahead of this season's premiere.

"I think we're all ready for some love!" she wrote.

"So excited to watch the new islanders. Hope you enjoy talking about them and following their journey and just a reminder to treat them with love, compassion and respect when they leave the show and go back to real life."

She added: "Caroline I hope we do you proud."