There’s a new month just around the corner.

Which, besides the change in the weather, means that there’s a whole host of new movies and TV series’ on the way for us to binge.

Here are 5 new additions coming to Netflix in the next few weeks that are definitely worth adding to your queue.

The Haunting of Bly Manor

When is it out? October 9

After an au pair’s tragic death, Henry Wingrave hires a young American nanny to care for his orphaned niece and nephew who reside at Bly Manor with the estate’s chef Owen, groundskeeper Jamie and housekeeper, Mrs. Grose.

But all is not as it seems at the manor, and centuries of dark secrets of love and loss are waiting to be unearthed in this chilling gothic romance. At Bly Manor, dead doesn’t mean gone.

END_OF_DOCUMENT_TOKEN_TO_BE_REPLACED

When is it out? October 2

Hubie Dubois thanklessly spends every Halloween making sure the residents of his hometown, Salem, celebrate safely and play by the rules. But this year, an escaped criminal and a mysterious new neighbor have Hubie on high alert. When people start disappearing, it’s up to Hubie to convince the police and townsfolk that the monsters are real, and only he can stop them. 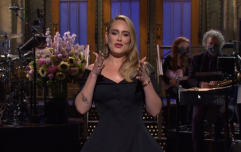 END_OF_DOCUMENT_TOKEN_TO_BE_REPLACED

Naive and inexperienced, she begins to settle into the trappings of her new life, but finds herself battling the shadow of Maxim’s first wife, the elegant and urbane Rebecca, whose haunting legacy is kept alive by Manderley’s sinister housekeeper Mrs. Danvers.

The Trial of the Chicago 7

THE WHOLE WORLD IS WATCHING.
From Academy Award-Winner Aaron Sorkin, The Trial Of The Chicago 7. In select theaters September and on @Netflix October 16. pic.twitter.com/YrFaYoctEf

What was intended to be a peaceful protest at the 1968 Democratic National Convention turned into a violent clash with police and the National Guard. The organizers of the protest—including Abbie Hoffman, Jerry Rubin, Tom Hayden and Bobby Seale—were charged with conspiracy to incite a riot and the trial that followed was one of the most notorious in history.

When's it out? October 2

Emily, an ambitious twenty-something marketing executive from Chicago, unexpectedly lands her dream job in Paris when her company acquires a French luxury marketing company — and she is tasked with revamping their social media strategy. Emily's new life in Paris is filled with intoxicating adventures and surprising challenges as she juggles winning over her work colleagues, making friends, and navigating new romances.

popular
Reindeer ornament includes penis, people excited by this
Matthew McConaughey has been swooning over his wife again, and same
Katie Hopkins refuses to wear a mask on flight from LA to London
The Body on The Cube has finally been unmasked after 11 years
Her.ie's Women You Should Know: Female Game-Changers In Ireland
Boyzone's Keith Duffy set to for the next I'm a Celeb Get Me Out of Here
Kim Kardashian has six toes on private island with close inner circle
You may also like
5 days ago
WATCH: Paul Mescal and Daisy Edgar Jones's first Normal People audition is stunning
5 days ago
The shows and movies you need to watch before they leave Netflix next month
2 weeks ago
QUIZ: Can you guess the TV show from its opening scene?
3 weeks ago
5 new additions to Netflix to spend your weekend watching
1 month ago
QUIZ: How well do you remember the first episode of Gilmore Girls?
1 week ago
Legally Blonde cast are reuniting tonight for the first time in 20 years and we can all watch!
Next Page