7 romantic comedies to watch on Netflix while waiting for To All The Boys: P.S. I Still Love You

There's no denying that Netflix have been on the top of their game lately when it comes to romantic comedies.

Over the last two years or so, the streaming service have unveiled a series of swoon-worthy original films that we just haven't been able to get enough of.

And there's another one the way in just a few days: To All The Boys: P.S. I Still Love You. 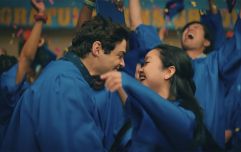 To All The Boys is officially getting a spin off series

END_OF_DOCUMENT_TOKEN_TO_BE_REPLACED

The highly anticipated sequel to 2018's To All The Boys sees Laura Jean and Peter no longer pretending to be a couple. They ARE a couple. And, as Lara Jean navigates a trove of official firsts with Peter — her first real kiss, her first real date, her first Valentine’s Day — she finds herself leaning more on Kitty and Margot , Chris, and an unexpected new confidant, Stormy, to help her manage the complex emotions that come with this new chapter of balancing a relationship and figuring out her authentic self.

But when John Ambrose, another recipient of one of Lara Jean’s old love letters, enters her life again she must rely on herself more than ever as she’s confronted with her first real dilemma: Can she love two boys at the same time?

The movie officially lands on Netflix next week - February 12, FYI - but if you really can't wait to get your TATBILB fix, we've got you covered. 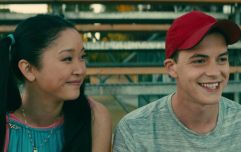 END_OF_DOCUMENT_TOKEN_TO_BE_REPLACED

Aspiring music journalist Jenny (Gina Rodriguez) has just landed her dream job at an iconic magazine and is about to move to San Francisco. Rather than do long distance, her boyfriend of nine years (Lakeith Stanfield) decides to call it quits. 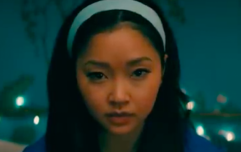 In a delightful mid-week treat, To All The Boys: P.S. I Still Love You lands on Netflix today

END_OF_DOCUMENT_TOKEN_TO_BE_REPLACED

To save up for college, Brooks Rattigan creates an app where anyone can pay him to play the perfect stand-in boyfriend for any occasion.

Along the way, he meets the girl of his dreams. But when business starts to boom, Brooks must reassess everything he was once sure of.

New York assistants, Harper and Charlie, are used to going above and beyond for their high-powered (and highly demanding) bosses, Kristen and Rick.

But now they're teaming up for the biggest projects of their young careers - getting their bosses to fall in love! Only time will tell whether they strike out...or score a home run.

When We First Met

Noah attends the engagement party of his unrequited crush, Avery - but ends up drowning his sorrows in alcohol and falling asleep in a photo booth.

When he wakes up again, he finds that he's gone back to three years ago - the night he met Avery - and gets another chance to get her to fall for him again.

To All The Boys I've Loved Before

What if all the crushes you ever had found out how you felt about them…all at once?

Lara Jean Song Covey’s love life goes from imaginary to out of control when the love letters for every boy she’s ever loved—five in all– are mysteriously mailed out.

Willowdean ('Dumplin'), the plus-size teenage daughter of a former beauty queen, signs up for her mom's Miss Teen Bluebonnet pageant as a protest.

But that escalates when other contestants follow her footsteps, revolutionizing the pageant and their small Texas town.

New York City architect Natalie works hard to get noticed at her job but is more likely to be asked to deliver coffee and bagels than to design the city’s next skyscraper.

And if things weren’t bad enough, Natalie, a lifelong cynic when it comes to love, has an encounter with a mugger that renders her unconscious, waking to discover that her life has suddenly become her worst nightmare—a romantic comedy—and she is the leading lady.

popular
Here is the reported I'm A Celeb All Stars line-up
Two Love Island 2022 stars have just become step siblings...
Molly Mae Hague shares emotional moment she discovered she was pregnant
Abducted in Plain Sight: True crime drama follows girl who was kidnapped twice by the same man
Female child rushed to hospital after violent incident in Co. Clare
5 delicious brunch spots around Ireland to try out on your next trip with the girls
Young girl found injured in Co. Clare house is in critical condition
You may also like
2 years ago
Lana Condor teases 'difficult' love triangle ahead in To All The Boys: P.S. I Still Love You
2 years ago
12 books to read while waiting for Netflix's To All The Boys: P.S. I Still Love You
1 week ago
WATCH: Powerful Sinead O’Connor documentary primed for Oscar glory
1 week ago
WATCH: The trailer for Mila Kunis' new Netflix movie is here
1 week ago
Here’s the line-up for this week’s episode of The Late Late Show
1 week ago
A docuseries about the 'Bling Ring' is coming to Netflix
Next Page