They couldn't be happier.

An 82 year old woman has been finally reunited with her husband after the pair had been separated for nine months due to Covid-19.

Iris has become daytime TV legend after appearing on This Morning when she opened up about her sex life on air in 2020 when she told Phil and Holly about her night of passion with 35 year old husband Mohammed. 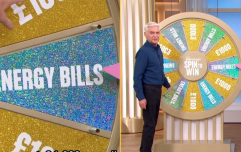 END_OF_DOCUMENT_TOKEN_TO_BE_REPLACED

"Nobody had been near me for 35 years, I thought I was a virgin again," she told the presenters before revealing that the couple got through a whole tub of KY jelly.

Since her revelation, the pair have been forced to spend nine months apart after Mohammed was stuck in Egypt as he awaited a spousal visa so he could move to the UK.

The pair have since been reunited and given the This Morning hosts an update on their relationship, saying: "Yes, our time isn’t restricted, so we don’t need to ration ourselves. [The magic] will never go away, it’ll never be destroyed. Anyone who says to me, “How do you find love?” You don’t look for love, it finds you." 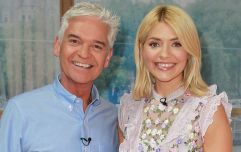 END_OF_DOCUMENT_TOKEN_TO_BE_REPLACED

Opening up about the long wait they endured to see one another, Iris added: "I never thought this would happen. I was living day-to-day.

"We were messaging morning, noon and night and that got boring. I was thinking, ‘when is he going to come over?’" 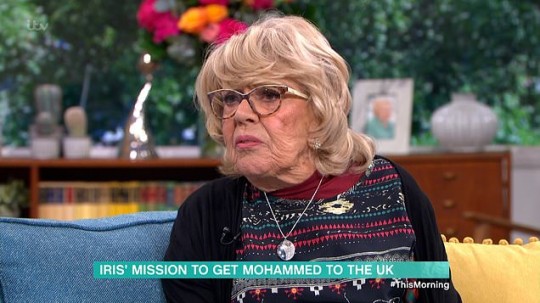 The pair had a heartwarming reunion at Heathrow airport before moving into Iris's bungalow together.

As they're still getting used to living together, Iris added: "He is very very tidy now. He hasn’t dropped anything on the floor."

popular
Fans are feeling seriously sorry for Molly Mae Hague after resurfaced interview
Tom Parker's wife suffers more heartbreak just nine months after husband's death
Derry Girls star is the latest to head onto Dancing With The Stars
He may be a politician, but Leo Varadkar's personal life is none of our business
Here are our top picks from this week's Lidl Toy Event
Here's an early look at the huge range of arts & crafts toys coming to Lidl this month
Sam Asghari opens up about Britney Spears amid concerns for her well being
You may also like
1 month ago
Holly and Phillip booed as they win big at the NTAs following backlash
2 months ago
ITV boss defends Phil and Holly once more
2 months ago
Could Holly Willoughby quit This Morning over queue skipping backlash?
2 months ago
Holly Willoughby and Phillip Schofield speak out against queue jumping claims
2 months ago
This Morning bosses defend Holly and Phil from queue-jumping criticism
7 months ago
This Morning viewers outraged by interview with trophy hunter
Next Page