Abducted In Plain Sight's Jan Broberg has admitted there was a particular part of the true crime documentary she wanted changed.

The "twisting, turning, stranger-than-fiction" 90-minute documentary was released on the streaming service in January this year.

It tells the story of how Robert 'B' Berchtold kidnapped 12-year-old Jan Broberg from her home not once, but twice during the 1970s. 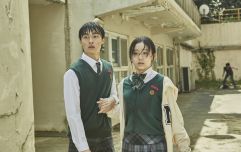 END_OF_DOCUMENT_TOKEN_TO_BE_REPLACED

There was one part in the final cut of the jaw-dropping documentary, though, that Jan says she wanted to be changed.

The documentary shows that Robert was allowed by the Brobergs to sleep on Jan's bed while she slept, having told them that his therapist told him doing this would help him overcome his won childhood trauma.

"That is one part of the documentary that I want to be changed because he did not sleep inside of my bed," Jan stressed in an interview with Entertainment Tonight.

"He laid on the top of my bed just like Mom, Dad, or anybody else when I'm nine, 10, or 11, reading a story, tickling backs, you fall asleep.

"I was asleep, he had told my parents, 'I have these tapes I was given by this psychiatrist. I'm supposed to lay by a child who was the same age as I was when I was abused as a kid.

"'And then I lay by the child and I listen to these tapes, and it's supposed to help me overcome the trauma that I went through in my childhood.'

"The door is open, my mom is doing laundry and she walks in the room and puts the clothes away in the drawers and out she goes and he's laying there listening to these tapes while I'm asleep."

popular
Women are rinsing their hair in apple cider vinegar – and the results are amazing
Viewers left unimpressed after “ridiculous” Operation Transformation scene
Horrifying CCTV footage shows woman being kidnapped by her boyfriend
Irish people expecting babies via surrogate in Ukraine urge to contact Foreign Affairs Department
The Puppet Master: Where is Robert Hendy-Freegard now?
"Hair contouring" is about to be huge, here's everything you need to know
Worried about a loved one? Here are 5 signs of suicide to look out for
You may also like
1 day ago
The Puppet Master: Where is Robert Hendy-Freegard now?
1 week ago
Netflix shares more pictures from Bridgerton season 2
1 week ago
WATCH: The trailer for Love Is Blind season 2 is officially here
2 weeks ago
Huge amount of new evidence in Making a Murderer case could see Steven Avery freed
2 weeks ago
Season 2 of Cheer lands on Netflix tomorrow
2 weeks ago
Netflix's new thriller Mother/Android is leaving viewers in tears
Next Page