Actress Shailene Woodley has hit out at the Twilight franchise, saying it depicts a "very unhealthy and toxic relationship'.

The Descendants star this week slammed the hugely successful series, which stars Robert Pattinson and real-life ex-girlfriend Kristin Stewart, as setting a bad example for its young viewers.

"Twilight, I'm sorry, is about a very unhealthy, toxic relationship. She falls in love with this guy and the second he leaves her, her life is over and she's going to kill herself! What message are we sending to young people? That is not going to help this world evolve."

END_OF_DOCUMENT_TOKEN_TO_BE_REPLACED

Woodley will soon take on the lead role in sci-fi franchise Divergent, which hits screens in Ireland in April and spoke of her difficulties in adjusting to the form.

"Doing an action movie is completely different from one based in reality. It's much harder to act with a green screen than with another human being.  There are so many special effects in this film, so it was really amazing to see how they turned out." 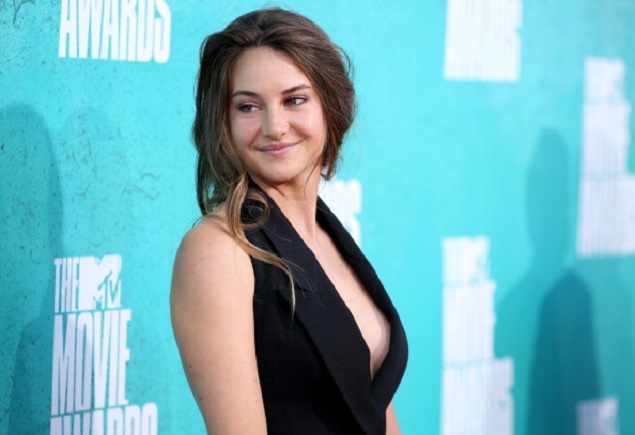 And she revealed that she was convinced to take on the role by The Hunger Games star and all-round legend Jennifer Lawrence, who starred as Katniss Everdeen in the movie adaptation of the Suzanne Collins trilogy.

In a series of emails, J-Law told Shailene: "You must do it. You will not regret it for a second. Yes, there are some hard things, but there are so many beautiful things that will come from an opportunity like this."

popular
Traditional names such as Mary, Maureen, John and Michael may soon be extinct
Husband demands divorce after wife changes baby's name behind his back
Deborah James "scared to go to sleep" as she receives hospice care
Irish mum shares "harrowing" experience after kids almost abducted in Turkey
Wagatha Christie: Rebekah Vardy storms out of court just 30 minutes into final day
Final episode of Neighbours to air on Irish TV in August
Wait, is Maura Higgins in a new relationship?
You may also like
1 week ago
Pirates of the Caribbean creators not ruling out Johnny Depp's comeback despite trial
1 month ago
WATCH: New camera angle shows Jada Pinkett Smith's reaction following Oscars slap moment
1 month ago
Will Smith was asked to leave Oscars but refused to leave, Academy says
1 month ago
Will Smith apologises to Chris Rock for slapping him at Oscars
2 months ago
Netflix crack down on password sharing by trialling new non-household user costs
2 months ago
WATCH: Sebastian Stan on his "terrifying" new movie, Fresh
Next Page