Addicted to Facebook? It's about to start its own TV series

There's no escaping it now.

Whether we're at a concert, at the cinema, at work or even just chilling at home, the phone must be nearby and nine times out of ten, we will be scrolling through our Facebook feed to see what's new.

According to CBN News, the social media platform has begun production of its own television series and game show which Facebook plans to broadcast.

END_OF_DOCUMENT_TOKEN_TO_BE_REPLACED

The company hopes to start distributing content on our slightly bigger screens by the end of summer 2017, with the aim of boosting its already two billion-strong monthly users worldwide.

There is some big money going into the television series and game show -  the social media platform has already put just under €3 million per episode which will make it one of the highest budgeted productions on US television.

Facebook has not yet revealed who they will team up with for its content-production but they have apparently included "Hollywood studios and agencies representing actors" in their wish list for their new television endeavour. 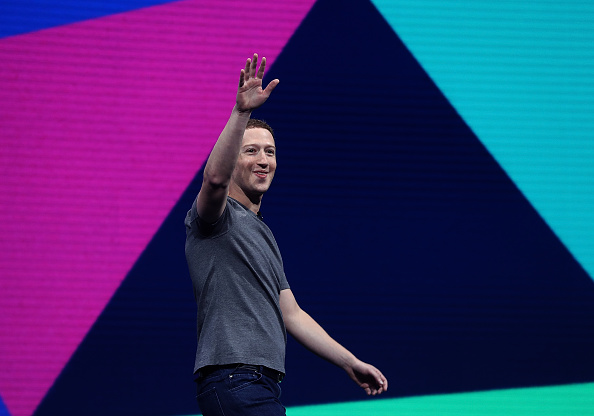 Speaking to The Wall Street Journal, Facebook's vice president, Nick Grudin, said that the companies goal was to make Facebook a "place where people can come together around video."

If successful, this could be the first of many television show productions that Facebook creates in hope of extending their community and the company hope to produce sporting, reality and gaming content in the future.

END_OF_DOCUMENT_TOKEN_TO_BE_REPLACED

They will initially fund the show off their own back at first according to the vice president but depending on the success of the television shows, they will hope to introduce the likes of Ad Breaks which will be connected with their online platform.

This Ad Break software tool, which you have probably spotted on many Facebook videos at this stage, will automatically put adverts into Facebook's online content.

popular
Vicky Phelan says she wants to pass away in holiday home "for the kids' sake"
Rob Kearney and Jess Redden arrive at wedding venue ahead of big day today
Here are the new restrictions being considered for Christmas
Irish man in his 20s dies after being kicked by a horse
These are the most popular baby names for 2021
Nphet recommend concerts to be reduced by half until January
Tributes paid to 29-year-old Irish woman who tragically passed away on holidays
You may also like
1 week ago
Everything we know about Selling Sunset spin-off, Selling Tampa
2 weeks ago
I'm a Celeb trials set to be different this year, producers say
2 weeks ago
Vogue Williams to host new body image show Send Nudes
2 weeks ago
Bake Off fans heartbroken after fan favourite leaves the tent
2 weeks ago
It's official, a Harry Potter cast reunion is taking place
3 weeks ago
WATCH: The first official trailer for And Just Like That is finally here
Next Page