Artemis Fowl to skip cinema release and debut on Disney+

The movie was meant to be released in cinemas next month.

But Artemis Fowl will instead be skipping a theatrical release and go straight to Disney+.

The sci-fi fantasy epic had been originally scheduled to debut on May 29. The decision was made as the Covid-19 pandemic has led to many movie theatres across the globe shutting their doors, with no return date in site.

Based on the beloved book of the same name by Eoin Colfer, Artemis Fowl follows 12-year-old genius Artemis Fowl - a descendant of a long line of criminal masterminds.

He finds himself locked in a battle of strength and cunning against a powerful, hidden race of fairies who may be behind his father's disappearance.

“With audiences largely unable to attend theatres in the current environment, we are thrilled to offer the premiere of ‘Artemis Fowl’ on Disney Plus,” Ricky Strauss, president of content and marketing at Disney Plus, said in a statement [via Variety].

“Director Kenneth Branagh and his spectacular cast take viewers right into the vibrant, fantasy world of the beloved book, which fans have been waiting to see brought to life onscreen for years. It’s great family entertainment that is the perfect addition to Disney Plus’s summer lineup.” 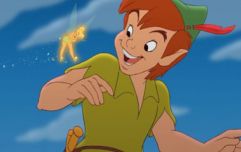 END_OF_DOCUMENT_TOKEN_TO_BE_REPLACED

No new release date for the film has been set yet - however, author Eoin Colfer admitted that the film's Disney+ debut was "probably how Arty would have wanted it".

Taking to Instagram on Friday to share a behind-the-scenes photo from the shoot, he assured fans that the movie - which had originally been slated to debut in August 2019 - would "not be delayed again."

"Dear Fowl Fans, Fear not, #ArtemisFowl will not be delayed again! However, due to the uncertain times we are living in, cocooned fans will now be able to experience the movie's release on the amazing Disney+ streaming service," he wrote.

"To be honest, streaming into millions of homes worldwide is probably how Arty would have wanted it. Release date TBC, so stay tuned."