Iconic! A Sesame Street writer just revealed that Bert and Ernie are a gay couple

The gay icons the world needs.

We all grew up watching Sesame Street, right?

There were so many loveable characters... but Bert and Ernie were always our faves.

And as if we didn't love them enough already, one of the show's writers has revealed that the duo are in fact a gay couple. 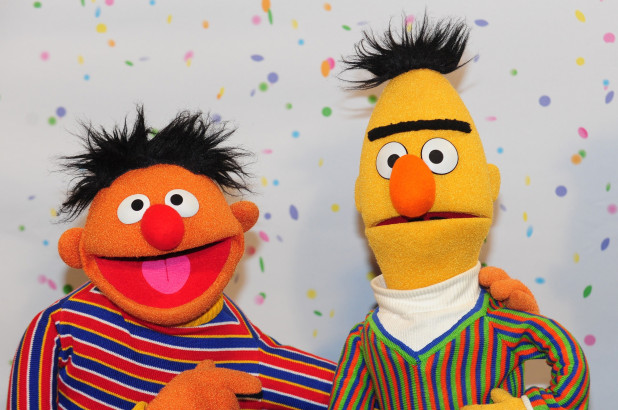 Mark Saltzman, a script and songwriter on the show, has said he wrote the duo as a couple.

"I remember one time a preschooler in San Francisco turned to her mum and asked, 'are Bert and Ernie lovers?' and that, coming from a preschooler, was fun."

"That got passed around, and everyone had their chuckle and went back to it."

"And I always felt that without a huge agenda, when I was writing Bert and Ernie, they were. I didn’t have any other way to contextualise them."

However, despite this groovy revelation, Sesame Street have released a statement, refuting the claims that Bert and Ernie are gay.

Please see our statement below regarding Bert and Ernie. pic.twitter.com/6r2j0XrKYu

"They were created to teach preschoolers that people can be good friends with those who are very different from themselves."

"Even though they are identified as male characters and possess many human traits and characteristics (as most Sesame Street Muppets do), they remain puppets, and do not have a sexual orientation."


popular
The €25 New look jumper that would be a cosy dream on cold mornings
BRB, running to Penneys for the €19 trousers that look like they cost ten times the price
Say hello to the €40 Stradivarius dress you're going to be seeing everywhere in summer
Holly Willoughby's Zara shirt is the workwear must-have you need in your life
Coronation Street's Geoff and Yasmeen storyline sparks more than 100 Ofcom complaints
The comfy €42 M&S boots we're going to be living in all spring
EastEnders have 'revealed' Bex Fowler's exit storyline
You may also like
2 months ago
Sesame Street's Big Bird puppeteer, Caroll Spinney, has died
2 years ago
Sesame Street celebrates 48 years of being on air in a very special way
4 years ago
Seasame Street Director Lisa Simon Dies At The Age Of 64
4 years ago
Ed Sheeran Joins Forces With Sesame Street... And It's All Kinds Of Awesome
5 years ago
WATCH: This Sesame Street Parody Of House Of Cards Is The Best Thing You'll See Today
2 days ago
Netflix's Babies documentary is making quite the impression online
Next Page