Bethany Platt is set for some serious heartbreak as her past comes back to haunt her on Coronation Street next week.

According to Metro, the teenager is left stunned when a familiar face from her past shows up at the Bistro - resulting in some possibly devastating consequences for Craig Tinker.

As a family arrive to have dinner at the Bistro, Bethany recognises the father as one of the men from the parties her evil abuser, Nathan, used to have. 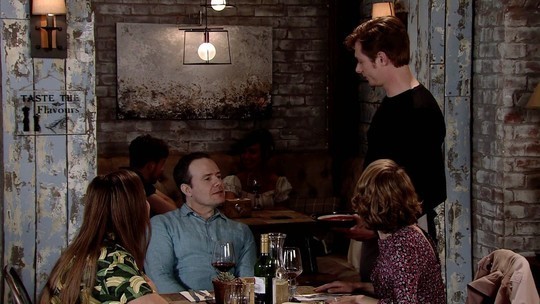 She confides in Daniel Osbourne, and swears him to secrecy - but when he goes out to serve them, will he be able to keep his word?

It isn't long before it all kicks off in the Bistro, leading the family to leave after an argument.

As the furious wife puts the car in reverse, she knocks down Craig - and Bethany is heartbroken that he's been caught up in her past again. 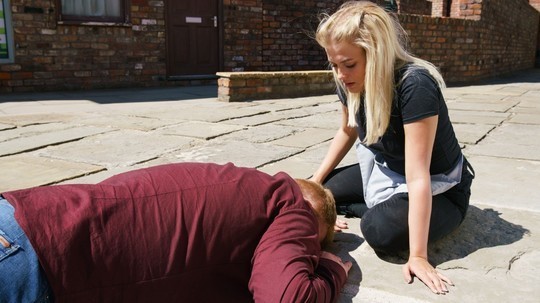 It comes as Lucy Fallon revealed she would be leaving Coronation Street at the end of her contract in 2020.

END_OF_DOCUMENT_TOKEN_TO_BE_REPLACED

The actor, who has played Bethany Platt on the ITV soap for the past four years, announced the news earlier this year.

"After the most incredible 4 years, I have made the extremely difficult decision to leave Coronation Street at the end of my contract in 2020," Fallon said in a statement.


popular
11 cringe moments from Kim and Kanye's Celebrity Family Feud appearance
'That’s the most honest answer': Skeet Ulrich reveals why he is leaving Riverdale
XOXO: Here's everything we know about the Gossip Girl reboot cast
Gwen Stefani reportedly pregnant with baby number four
After days of silence, Scott and Sofia finally comment on the break up rumours
So, William and Harry have a step sister... and who knew?
QUIZ: How well do you remember Angus, Thongs and Perfect Snogging (the movie)
You may also like
1 month ago
Real life Corrie couple Sally Carman and Joe Duttine have gotten engaged
2 months ago
Corrie's James Burrows has landed his first role after leaving the soap
2 months ago
Coronation Street star 'in self-isolation' over coronavirus worries
2 months ago
'The hardest goodbye': Corrie's Lucy Fallon pays tribute to Bethany Platt as her final scenes air
2 months ago
Coronation Street's James Burrows shares details about Ali Neeson's exit storyline
2 months ago
Corrie's Ian Bartholomew says it is 'uncomfortable' playing Geoff Metcalfe
Next Page