Is there anything that woman can't do? 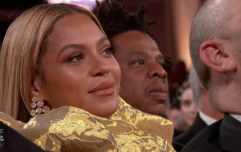 END_OF_DOCUMENT_TOKEN_TO_BE_REPLACED

And what a cast it is, too.

Disney released the full details of the movie there last night and they certainly did not disappoint.

While Beyonce will be playing Nala, we've also got Donald Glover playing Simba, Chiwetel Ejiofor as Scar, and James Earl Jones as Mufasa.

... The exact character he played in the original movie too. 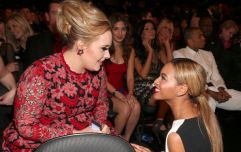 END_OF_DOCUMENT_TOKEN_TO_BE_REPLACED

But the A-listers don't stop there.

The new film, set to be released in 2019, will also include Seth Rogan as Pumbaa and Alfre Woodard as Sarabi.

Comedian and presenter John Oliver will also make an appearance as Zazu, with Billy Eichner playing Timon, and Eric Andre as Azizi.

The movie will be directed by Jon Favreau and is scheduled for release in the US on July 19, 2019.

It's safe to say he's got a lot to live up to too.

The original The Lion King movie, released in 1994, won two Oscars and a Golden Globe.

Its success also led to a legacy that included many a spin-off movie and TV show, video games, and a musical adaptation.

Girls With Goals || Her · Ep.154: Scholarship Squad Take 2 - Smurfit alum Grace Milton
popular
Police called to "illegal rave" in UK to find pensioners queuing for vaccine
Biden's dogs, Champ and Major, have officially entered the White House
Irish scientist Darragh Ennis joins The Chase as new Chaser
'They're Dead To Me Now' - Kate And Oliver Hudson Have Been Disowned By Their Father
Kourtney Kardashian and Travis Barker are officially dating
A Harry Potter TV show is in development at HBO Max
Here's what happens on every day of your menstrual cycle (roughly)
You may also like
6 months ago
WATCH: Beyoncé releases trailer for upcoming visual album, BLACK IS KING
6 months ago
Beyoncé and the NAACP have started a fund to support Black-owned small businesses
9 months ago
Beyoncé contributes to $6 million donation for #Covid-19 relief
11 months ago
WATCH: Beyoncé performs at Kobe and Gianna Bryant's memorial at the Staples Center
1 year ago
Beyoncé has opened up about suffering a painful miscarriage before the birth of Blue Ivy
1 year ago
Beyoncé gives 'zero f*cks' about her fluctuating weight - and you should too
Next Page