And because it's a good show, that too.

Last year, Bodyguard was thrust onto our television screens and if you hadn't bothered to watch it, you could have almost been forgiven because we don't have access to the BBC player here so what's a gal to do?

Now, however, you've no excuse for not having seen one of the most talked about shows of last year because it's now streaming on Netflix for all to enjoy.

If you have yet to watch Bodyguard, rest assured that it extremely good, extremely stressful, and extremely sexy.

All of the above certainly contributed to the BBC series being one of the most popular shows of last year, but actor Keeley Hawes has another theory as to why people were so into it. 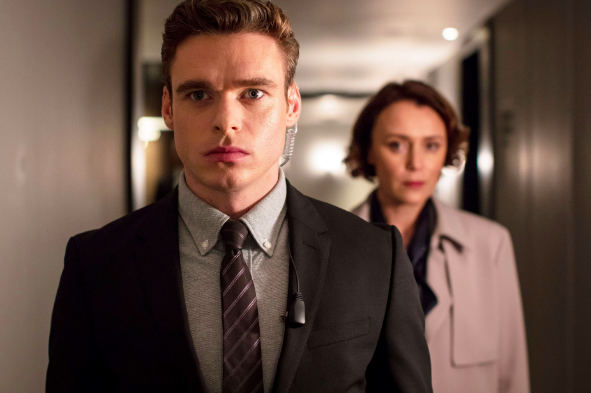 She told The Sun that she thinks people were so "sick" of talking about Brexit, that the thriller provided some much needed escapism.

"It was a little bit of everything — the timing, the writing,"she said.

“It just fired people’s imaginations. Maybe they were sick of talking about Brexit and wanted something else to talk about.

“When we were making it we were quietly confident, but you often feel that confidence and things don’t work out."

Hawes went on to say that the size and scale of the show meant that shooting key scenes was often met with difficulty on the busy London streets. 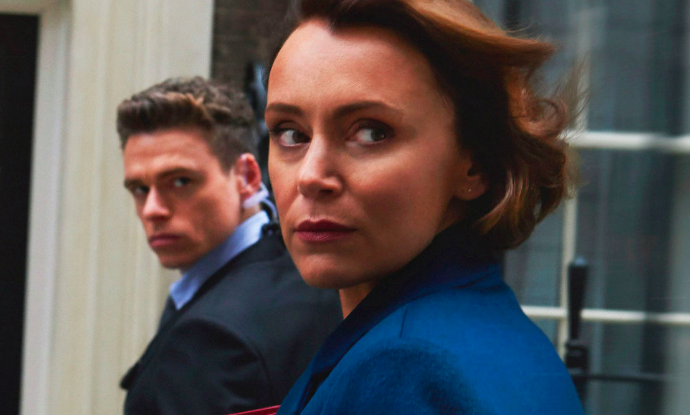 END_OF_DOCUMENT_TOKEN_TO_BE_REPLACED

"Lots of things went wrong during the shoot," she said. "It wasn’t the easiest, it was hugely ambitious. We lost Waterloo — we were meant to be filming the train sequence there and suddenly it wasn’t available, so there was disarray."

“It was just a case of getting through it.”

Hawes plays the fictional Home Secretary Julia Montague in the show with Richard Madden playing her (you guessed it) bodyguard.

The series focuses on Britain in a state of panic as terror alerts are almost daily occurrences, attacks are frequent, and an inside plot to take down one of the country's most senior politicians incites fear into almost everybody.

It's brilliant. Go watch it.

popular
I tinted my eyebrows with fake tan - and other TikTok beauty hacks you should know
Aldi's velvet stools are just €25 and don't call us basic for wanting a pink one
From Miami to Mallow: The Irish Instagram star who's renovating an old post office during lockdown
This amazing hanging egg chair is coming into Aldi next week and go, go go (but safely)!
After days of silence, Scott and Sofia finally comment on the break up rumours
Amber Davies has found herself a new boyfriend... and he's very familiar
Can you spot the real Donald Trump tweets among these equally ludicrous fake ones?
You may also like
1 week ago
Netflix's Sweet Magnolias is the perfect series to bingewatch this weekend
1 week ago
QUIZ: How well do you remember Angus, Thongs and Perfect Snogging (the movie)
1 week ago
The creator of Big Little Lies is teaming up with Netflix for a gripping new thriller
1 week ago
Here is everything that is going to be coming to Netflix in June
1 week ago
ATTENTION: Angus, Thongs, and Perfect Snogging is dropping onto Netflix next month
1 week ago
The Big Flower Fight: The wholesome landscaping content we deserve during lockdown
Next Page