Better Call Saul has done a very admiral job of filling the Breaking Bad-shaped hole in our Netflix-binging lives, but we can't help but miss Walter White and his violent, meth-making hijinks.

Aaron Paul has made no secret of his desire to see Jesse Pinkman make a cameo in the show, which is set a number of years before Breaking Bad. And Bryan Cranston seems just as keen.

Cranston was speaking to Konbini after the premiere of his recent movie Trumbo, and revealed that he wouldn't hesitate if asked to make an appearance in Better Call Saul, although given the timeline of the show it would surely be as Walt back in his drug-free teaching days, rather than the notorious Heisenberg.

"I would like to be part of that. Vince Gilligan and Breaking Bad changed my life. They presented me with opportunities I wouldn’t have had otherwise. I am very grateful for that. So yes, if Vince Gilligan called me today and told me, ‘I want you to be in Better Call Saul’, I would say yes before he could finish asking me!

"It hasn’t happened yet though. We’ll just have to see how things go. I love this series. And I’m really lucky with how great it all went for me.”

Cranston also told the French website that he's following Better Call Saul as keenly as the rest of us, and is just as terrified of stumbling upon any spoilers. He said:

"I really like Better Call Saul. It’s an atmosphere I know well: the city of Albuquerque, its suburb, the people there. It’s something I’m very familiar with, but at the same time the story is very different. It’s no longer Walter White who’s the main focus, but Jimmy McGill. So I watch the show with a new perspective.

"When I meet Vince Gilligan, I beg him not to tell me anything! I want to experience the series as a true fan and not as an ‘insider’. I like it that way.” 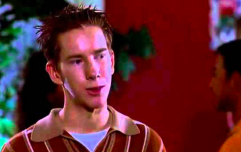 END_OF_DOCUMENT_TOKEN_TO_BE_REPLACED

We'll have to wait and see if Cranston gets the call, but given that Breaking Bad and Better Call Saul's creator/writer/director/exec producer/pretty much godlike genius Vince Gilligan hasn't been shy of writing iconic characters from the former into the new show so far, we reckon it's bound to happen at some point.


popular
Real life Corrie couple Sally Carman and Joe Duttine have gotten engaged
Tesco Ireland to introduce priority shopping hours for healthcare workers
Andrew McGinley asks people to send him letters as he struggles with self-isolation
WATCH: Hozier performed an emotional rendition of The Parting Glass on last night's Late Late Show
Zara's €50 FAB floral dress is all over Instagram and you won't want to miss out
Love Island's Curtis responds to rumours he has moved on after split from Maura
#stayathome: Joe Wicks to donate earnings from daily workout classes to the NHS
You may also like
3 years ago
Idina Menzel chooses Disney girlfriend for Frozen's Elsa
3 years ago
A teaser trailer for Fifty Shades Darker has been released and it looks intriguing
3 years ago
Britney Spears has come under serious fire for reportedly miming in Carpool Karaoke
3 years ago
Remember Viktor Krum from Harry Potter? He's unrecognisable these days
3 years ago
Ariel Winter hits back at Instagram body shamers
3 years ago
We've added sarcastic subtitles to popular movies and the results are gas
Next Page