The star quit the show on Saturday.

CBB viewers were mostly delighted at the news that Roxanne Pallett had quit the show on Saturday after Ben was evicted from the house.

The former Emmerdale star came under fire after she accused fellow housemate Ryan Thomas of punching her in the ribs last week, leading the studio audience to chant, "Get Roxy out! Get Roxy out!", as Ben left the house.

Well, two days after her shock exit and Roxanne is due to return to the CBB house for her exit interview with host Emma Willis. 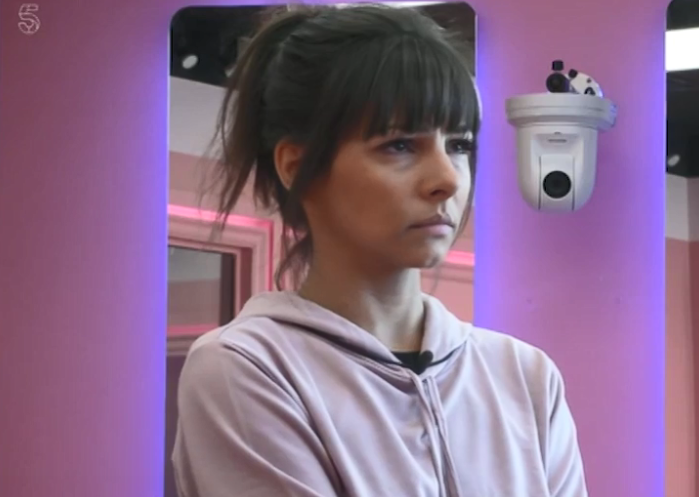 According to reports, CBB producers sat down with Roxanne before she quit the show to discuss taking the issue further and calling the police.

The actress decided not to get the police involved.

“Roxanne sat down with producers on Friday and they discussed all the possible courses of action she could talk,” the source told The Sun.

“She was still adamant Ryan had hit her and that it was a really serious incident, despite what everyone has seen on camera.

“CBB takes its duty of care to the celebs incredibly seriously and they wanted to give her all the options."

A lot of unanswered questions and a twist eviction leaves the housemates in shock. Here’s your first look at tonight’s #CBB. Join us at 10pm on @channel5_tv. pic.twitter.com/PH3iZeimDS

“They asked her if she wanted to report the incident to the police,” they added.

“She asked what would happen if she did and they said her and Ryan might have to leave the house and they might both forfeit their fees.

“To be fair to her, she said she didn’t want to go down that route. Then she left.”

Before appearing on CBB again tonight, Roxanne will speak for the first time publicly on The Jeremy Vine Show as per her contract.

popular
Jess Redden and Rob Kearney jet off on their honeymoon after "incredible" wedding
The Daly Dish's Gina introduces newborn baby Gene to the world
Arthur Labinjo-Hughes' grandad says murderers “must never see the light of day again”
Man dies after being attacked by newly calved cow in Mayo
Find something for everyone on your gift list at the Bewley’s Christmas Market
Why Are Men so Obsessed With Boobs? The Answer is Pretty Surprising...
Officers who shared photos of murdered sisters on WhatsApp jailed
You may also like
1 week ago
WATCH: The trailer for Netflix's Anna Delvey series is finally here
1 week ago
Everything we know about Selling Sunset spin-off, Selling Tampa
2 weeks ago
I'm a Celeb trials set to be different this year, producers say
2 weeks ago
Vogue Williams to host new body image show Send Nudes
2 weeks ago
Bake Off fans heartbroken after fan favourite leaves the tent
2 weeks ago
It's official, a Harry Potter cast reunion is taking place
Next Page