The programming kicks off at 10pm.

This evening, Channel 4 are set to air a special tribute to Sean Lock, whose death was announced yesterday.

The comedian, who was best known for his work on Channel 4's 8 Out Of 10 Cats, had been sick with cancer. He was 58 years old. 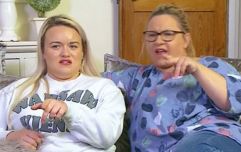 END_OF_DOCUMENT_TOKEN_TO_BE_REPLACED

His agent confirmed his death in a statement, saying: "It is with great sadness that we have to announce the death of Sean Lock. He died at home from cancer, surrounded by his family.

"Sean was one of Britain's finest comedians, his boundless creativity, lightning wit and the absurdist brilliance of his work, marked him out as a unique voice in British comedy.

"Sean was also a cherished husband and father to three children. Sean will be sorely missed by all that knew him. We kindly request that the privacy of his family and children is respected at this difficult time."

Tonight's programming on Channel 4 will be dedicated to Lock. The broadcaster will air his stand-up special Sean Lock: Keep It Light at 10pm, and then a classic episode of 8 Out Of 10 Cats Does Countdown.

All 4, meanwhile, will air a number of Lock's appearances on panel shows.

In a statement, Channel 4's director of programmes Ian Katz described Sean as "one of the most original voices in comedy", as well as "one of the loveliest people too."

Mr Katz said: "Sean’s bone dry wit helped make 8 Out of 10 Cats one of Channel 4’s best loved shows and we owe him a huge debt of thanks for all the years of laughter and fun."

In another statement, Channel 4 said: "Sean Lock is a much-loved part of the Channel 4 family and has played a pivotal role on the channel for over two decades. He has brought so much laughter and joy both on and off screen. We will miss him hugely. Our thoughts are with his family and friends at this very difficult time."

Yesterday, tributes poured in for Sean, with many comedians sharing fond memories of him. Fans, likewise, posted some of his funniest moments on social media.

popular
Late Late Show viewers are not happy with Ryan's questions for Billy Connolly
This hot water bottle pouch is perfect for menstrual cramps
10 items from Zara for the perfect autumn capsule wardrobe
Former detective chief says Brian Laundrie discovery is "strange"
Apparantly, there is one colour you should never wear at a job interview
At least seven bodies have been found in search for Brian Laundrie
Paris Hilton says she was "slapped" and "strangled" as a teen in youth care
You may also like
5 days ago
Fatboy Slim is set to star in season 3 of Derry Girls
1 week ago
Channel 4 viewers not able for documentary about threesomes
3 weeks ago
Viewers confused as E4 airs wrong Married At First Sight episode
1 month ago
Derry Girls star speaks out after show called "distinctively British"
1 month ago
5 Gogglebox stars quit show after deaths of loved ones
1 month ago
Supervet Noel Fitzpatrick "heartbroken" after death of dog Keira
Next Page