The Charmed reboot is officially happening and we are very excited

After hope, betrayal, and a lot of let downs, the news we've all been waiting for has finally arrived.

The Charmed reboot is officially happening... and it's going to be feminist as f*ck. 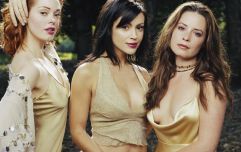 END_OF_DOCUMENT_TOKEN_TO_BE_REPLACED

Now, one might argue that Charmed was already super feminist back in its day with all the magic and the saving lives and girl power, etc.

But apparently, the return of Charmed is going to be far more female-focused and way more interested in tearing down the patriarchy.

No, really - that's what it says in the series synopsis.

"This fierce, funny, feminist reboot of the original series centres on three sisters in a college town who discover they are witches.

"Between vanquishing supernatural demons, tearing down the patriarchy, and maintaining familial bonds, a witch’s work is never done."

It is never done, indeed. 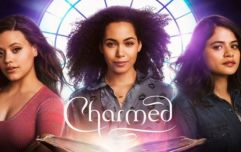 END_OF_DOCUMENT_TOKEN_TO_BE_REPLACED

A pilot episode of the series has been ordered by The CW, after previously having been scrapped by the network early last year.

The new Charmed will also be set in the present day too, as opposed to when many fans had assumed it would take place - the '70s.

We have to admit that would have been class aesthetics wise, but being set in the 2010s means that the original Halliwell sisters could also come back for a cameo or 27.

Holly Marie Combs had already previously stated that she wouldn't be up for a reboot and that rumours were "just rumours", but sure look, we can dream, can't we?

The reboot series will be based on a story created by Jane the Virgin creator, Jennie Snyder Urman.

Girls With Goals || Her · Ep.151: 'A Story Shared' - Aoife P. Rafter on blogging during a pandemic and living with CF
popular
"I don’t know where I’d be without her:" Paul Mescal chats new girlfriend in candid new interview
Zoe Alexander Says X Factor Made Her Look Like a 'Fool'
QUIZ: Can you guess the TV show from the kitchen?
The way Diana told William about Charles's affair with Camilla will break you
Ex-housemate has no sympathy for I'm A Celeb's Jordan North - because he let her gerbil die
Here's what happens on every day of your menstrual cycle (roughly)
Someone has ranked the penis size of men from all over the world
You may also like
2 years ago
The Charmed reboot have just cast two members of the Power of Three
2 years ago
One of the new cast members for the Charmed reboot has been announced
2 years ago
One of the Charmed stars really isn't happy about the reboot
4 years ago
Rose McGowan's letter to Shannen Doherty is so powerful
4 years ago
10 Things 90s kids will remember about Charmed
4 years ago
Looks Like That Charmed Reunion Isn't Really What It Seems
Next Page