The child who played Ben Mitchell on EastEnders is unrecognisable now

He's now almost 21-years-old and his appearance is a lot different.

You probably remember Charlie Jones as one of the many actors to play Ben Mitchell on EastEnders.

The mechanic has been played by a total of five people in the show, but Charlie's stint between 2006 and 2010 is remembered well by viewers. 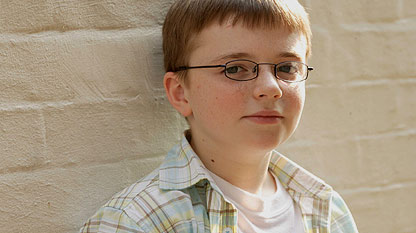 END_OF_DOCUMENT_TOKEN_TO_BE_REPLACED

It saw the actor delivering a powerful depiction of abuse at the hands of Phil's then-girlfriend, Stella Crawford, and a storyline in which he, his father and Ian Beale were involved in an infamous £1 million car crash.

Despite leaving the show Charlie maintains an interested in acting and is currently training at the Academy of Live and Recorded Arts in London.

They grow up so fast, don't they?

popular
Here is the reported I'm A Celeb All Stars line-up
Molly Mae Hague shares emotional moment she discovered she was pregnant
ITV boss defends Phil and Holly once more
Two Love Island 2022 stars have just become step siblings...
Female child rushed to hospital after violent incident in Co. Clare
Abducted in Plain Sight: True crime drama follows girl who was kidnapped twice by the same man
Maisie Williams speaks about "traumatic" relationship with father
You may also like
1 week ago
Who Wants To Be A Millionaire? contestant accidentally exposes filming secret at end of show
1 week ago
A docuseries about the 'Bling Ring' is coming to Netflix
2 weeks ago
The Handmaid's Tale confirmed for a 6th and final season
2 weeks ago
Netflix reveals full list of scary shows and movies arriving between now and Halloween
3 weeks ago
Gemma Owen reportedly set to star in show about footballers' daughters
4 weeks ago
Here's what's coming to Netflix in September
Next Page