At this stage, we're all acutely aware that there is precious little a global pandemic doesn't affect.

From economics to entertainment, the world is slowly but surely coming to terms with a 'new normal', while consistently bracing itself for the next onslaught of news.

Thankfully, the latest change will have no direct impact on our daily lives, but does signal a historical change in the world of film and entertainment. 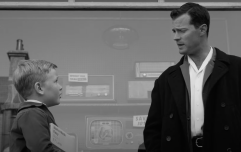 END_OF_DOCUMENT_TOKEN_TO_BE_REPLACED

Amid the coronavirus pandemic, the Academy of Motion Picture Arts and Science has announced that it has amended its Oscar eligibility rules.

Previously, in order to qualify for Oscar nomination, a film needs to ensure a seven-day theatrical run in a commercial theatre in Los Angeles County.

As of yesterday, this is no longer the case.

While theatres remain closed during lockdown, the board of governors has given permission for films to be released digitally, however the film in question must have been planned for a theatrical release prior to lockdown.

In addition to this, the film must be made available on the members-only streaming site, Academy Streaming Room, within 60 days of streaming or VOD release.

Commenting on the change in Oscar eligibility, Academy president David Rubin and CEO Dawn Hudson acknowledged the impact the pandemic has had, and provided an insight into the motivation behind the decision.

"The Academy firmly believes there is no greater way to experience the magic of movies than to see them in a theatre. Our commitment to that is unchanged and unwavering," they began. 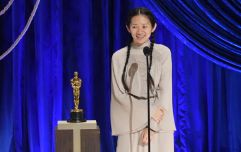 END_OF_DOCUMENT_TOKEN_TO_BE_REPLACED

"Nonetheless, the historically tragic COVID-19 pandemic necessitates this temporary exception to our awards eligibility rules. The Academy supports our members and colleagues during this time of uncertainty. We recognise the importance of their work being seen and also celebrated, especially now, when audiences appreciate movies more than ever."

It has been established that the seven-day theatre run rule will be reintroduced once theatres re-open. However, qualifying theatres will be extended beyond Los Angeles County and include New York City, the Bay Area, Altanta, Chicago and Miami.

But that's not the only change to be introduced by the Academy.

According to Variety, the sound mixing and sound editing categories will be combined into one, and Academy members will participate in the preliminary round of voting for international feature film.

popular
16 and Pregnant star Jordan Cashmyer dies aged 26
Gardaí seize two cars linked to Ashling Murphy death as they question new suspect
A celebrity hairstylist just shared a genius hack for the perfect messy bun
Here's where all the 149 tickets that won €36,687 in Saturday's Lotto were sold
Dancing on Ice professional Sean Rice dies at 49
Woman dies following Co. Meath house fire
Nphet to consider lifting restrictions on working from home and hospitality this week
You may also like
1 year ago
Kylie Jenner wins tightest dress and other moments from last night's Oscars
1 year ago
Natalie Portman had the names of female directors embroidered into her Oscars gown
1 year ago
Here is a complete list of the 2020 Oscar winners from last night
1 year ago
Saoirse Ronan debuted a fab new hairstyle on last night's Oscars red carpet
1 year ago
LIVE BLOG: 2020 Oscars red carpet
6 days ago
Season 2 of Cheer lands on Netflix tomorrow
Next Page