Coronation Street's Lucy Fallon has revealed when she will be filming her final scenes as Bethany Platt.

Lucy explained that while it will be "horrible" to leave Corrie behind, it felt like the "right time" after five years. 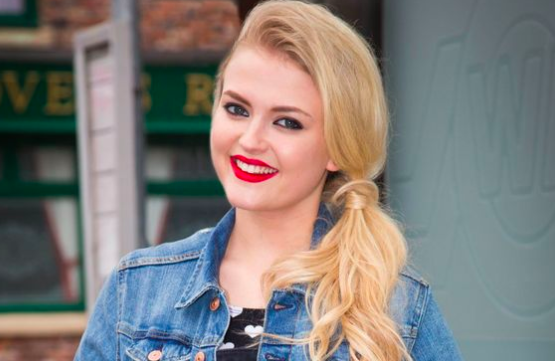 Earlier this year, Lucy confirmed that she had made the "extremely difficult" decision to leave Corrie.

END_OF_DOCUMENT_TOKEN_TO_BE_REPLACED

"After the most incredible 4 years, I have made the extremely difficult decision to leave Coronation Street at the end of my contract in 2020," Fallon said in a statement.

popular
It turns out we may have been brushing our hair wrong the whole time
Three children and two staff test positive for COVID-19 at Meath creche
90-year-old grandfather comes out as gay in viral post and inspires millions!
'Selling Sunset' Season 4: Here's everything we know about the hit show
13-year-old boy drowns in tragic accident at Dublin reservoir
Non-surgical face lifts: What are they, how do they work, and are they right for me?
Love, Guaranteed is the romantic comedy we never knew we needed
You may also like
4 months ago
Real life Corrie couple Sally Carman and Joe Duttine have gotten engaged
5 months ago
Corrie's James Burrows has landed his first role after leaving the soap
5 months ago
Coronation Street star 'in self-isolation' over coronavirus worries
5 months ago
'The hardest goodbye': Corrie's Lucy Fallon pays tribute to Bethany Platt as her final scenes air
5 months ago
Coronation Street's James Burrows shares details about Ali Neeson's exit storyline
5 months ago
Corrie's Ian Bartholomew says it is 'uncomfortable' playing Geoff Metcalfe
Next Page