There are few harsher ways to go, in fairness.

Coronation Street's Bethany Tinker is going to die after discovering that husband Dan cheated on her with Bethany Platt.

Scenes airing next week will see Sinead find a lump on her neck on her wedding day.

She and Dan will go to hospital to be told that the cancer has spread to her lymph nodes and her liver, and that she has only months to live.

And as if that whole scenario wasn't tragic enough, Sinead will pass away after finding out that Dan cheated on her - with none other than Bethany Platt. 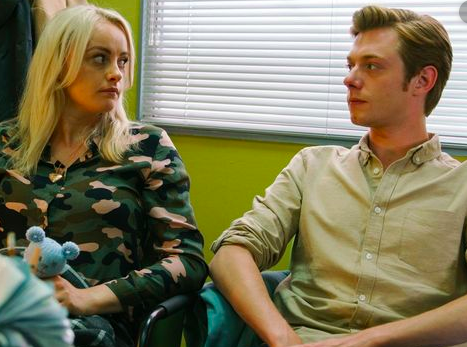 The Sun reports that Sinead will be doing everything she can to make her death easier on Dan and son Bertie. That is, until, she discovers that her husband has been unfaithful.

"She's going to be devastated when she finds out what he did with Bethany and really struggle to get through it knowing she only has a limited time let," said a source.

"Daniel has put her through a terrible ordeal by normal standards but with only weeks left to live it's the worst thing he could have done to her."

This comes after it was revealed that Dan and Bethany were set to become closer as Bethany struggles to deal with the trauma brought on by Nathan and his gang. 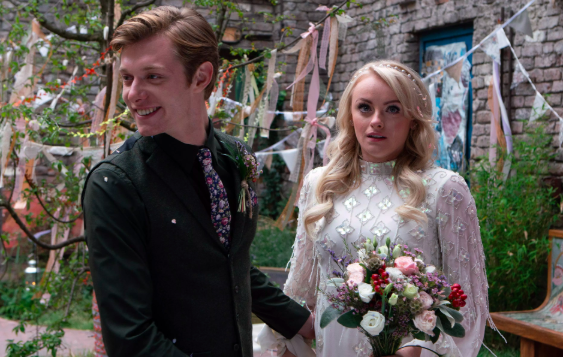 END_OF_DOCUMENT_TOKEN_TO_BE_REPLACED

"They're both really vulnerable and one minute they're talking and the next they're snogging," said a source.

"Daniel is going to be guilt-stricken over what he's done to Sinead, and he's terrified he's getting his dad's worst qualities.

"Bethany will confide in her family over what's happened to try and come to terms with her own guilt."

Guilt that's only going to be far more intense when they find out that Sinead hasn't got long left to live, no doubt.

popular
This amazing hanging egg chair is coming into Aldi next week and go, go go (but safely)!
Paul Mescal wore O'Neill's shorts while carrying cans of pink gin so I bought O'Neill's shorts and cans of pink gin
5 reasons why we need more videos of Doireann Garrihy's new puppy immediately
Lidl is launching a new hyaluronic skincare range and the serum is only €3.49
After days of silence, Scott and Sofia finally comment on the break up rumours
The Dalkey gaff where Matt Damon stayed during lockdown will be available to rent again soon
Thursday set to be the hottest day of the year, says Met Éireann
You may also like
1 month ago
Real life Corrie couple Sally Carman and Joe Duttine have gotten engaged
2 months ago
Corrie's James Burrows has landed his first role after leaving the soap
2 months ago
Coronation Street star 'in self-isolation' over coronavirus worries
2 months ago
'The hardest goodbye': Corrie's Lucy Fallon pays tribute to Bethany Platt as her final scenes air
2 months ago
Coronation Street's James Burrows shares details about Ali Neeson's exit storyline
2 months ago
Corrie's Ian Bartholomew says it is 'uncomfortable' playing Geoff Metcalfe
Next Page