She's a bit of a laugh, right? First she shushed Prince George on the balcony at the Trooping Colours.

Many a meme and gif was made from the magical moment and it certainly pushed Savannah into the spotlight. 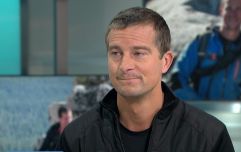 END_OF_DOCUMENT_TOKEN_TO_BE_REPLACED

George was standing beside William's his cousin - Peter Phillips' eldest daughter and as the music for the British national anthem God Save the Queen began to play, Savannah silenced him by placing her hand over George's mouth... and of course, the photo went  viral:

However, now a video has emerged of Savannah playing with George at the Polo match all the young royals seemed to attend over the weekend.

Or, maybe they weren't playing...

George seemingly takes a seat beside his cousin, only for her to push him down the hill. Savage. 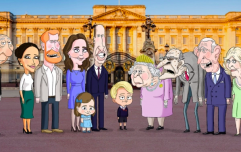 END_OF_DOCUMENT_TOKEN_TO_BE_REPLACED

The family were on hand to show their support for Prince William in the Maserati Royal Charity Polo Trophy, with baby Louis the only one missing.

The trio attended the Beaufort Polo Club yesterday to cheer on Prince William and they had all the fun.

Getting cuddles from mum, playing on the grass, Charlotte going barefoot and wearing the cutest sunglasses, ADORABLE.

popular
Shawn Mendes (24) is reportedly dating Dr Jocelyne Miranda (50)
3 simple tips to get your nails in shape ahead of Christmas
Brighten up your Christmas with these affordable festive lights, coming to Lidl next week
Why Are Men so Obsessed With Boobs? The Answer is Pretty Surprising...
Irish wellness brand cancel Cork pop-up following explosion on ship full of stock
Apparently this is the best date to put up your Christmas tree
Billy Connolly Has Harsh Words With Russell Brand, After Brand Asks a Woman to Flash Him...
You may also like
2 months ago
Prince George and Princess Charlotte will attend the Queen's funeral
3 months ago
Prince George and Princess Charlotte's new school revealed
4 months ago
Prince William and Kate 'won't spoil' George for his birthday
4 months ago
William and Kate share new photo to mark Prince George's 9th birthday
4 months ago
Prince William shouts at photographer who was "stalking" his family
1 year ago
Prince George will never become king, claims history writer
Next Page