Declan Donnelly has responded to the latest round of I'm A Celebrity fix claims after Sair Khan's exit.

The long-running reality TV series was hit by fix claims again on Monday after the Coronation Street actress became the third celebrity to leave the jungle.

Some fans rushed to Twitter to claim that the series was fixed because Sair had curlier hair in her interview with Dec and Holly than it had been in the jungle moments before. 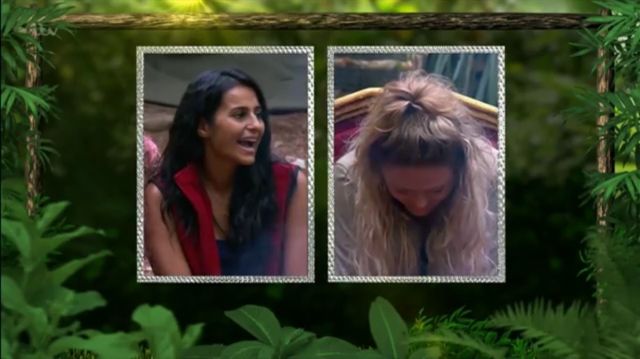 Others cried 'fix' over the fact that they thought Sair had been given time to put on a full face of makeup.

No one else notice that sair had her hair done up and he face made up?? Must have told not to put her bag on so not to get suspicious but obv didn’t tell he to look natural #ImACeleb

In the space of 30 seconds, Sair managed to say goodbye to everyone, curl her hair & get from the depths of a jungle to a bridge 60ft in the air ...

But it's all 'Live' ladies & gents🙄#ImACeleb

It didn't take too long for Dec to weigh in on the speculation, telling I'm A Celeb conspiracy theorists that they were "clutching at straws now."

During the episode, the TV presenter also poked fun at the theory that the celebrities were told who would be leaving before it is shown on air.

Eagle-eyed fans had believed the fact that both Noel Edmonds and Malique Thompson-Dwyer had both been wearing their backpacks and looked ready to leave before their names were announced was suspect.

Ahead of last night's eviction, Holly said to the camera:

"Who will be leaving next?"

And Dec, without missing a beat, joked:

"Well if the conspiracy theories are anything to go by, whoever's got their backpack on..."

popular
Will Smith admits to 'failing miserably' in 21-year marriage to Jada Pinkett Smith
QUIZ: How well do you remember the 2005 movie Pride & Prejudice
5 new additions to Netflix to spend your Saturday night watching
Someone has ranked the penis size of men from all over the world
After days of silence, Scott and Sofia finally comment on the break up rumours
Here's what happens on every day of your menstrual cycle (roughly)
How to INSTANTLY unblock your stuffy nose (we swear this works)
You may also like
5 months ago
Charlotte Crosby says she was lucky if ex-boyfriend Joshua kissed her once a day
6 months ago
Myles Stephenson on what really happened during that off-air chat with Jacqueline Jossa
7 months ago
Jacqueline Jossa says that reuniting with her family was better than winning I'm A Celeb
7 months ago
Andy Whyment says he wants to go back to his 'normal, boring life' after I'm A Celeb fame
7 months ago
Dan Osborne has shared some gorgeous holiday pictures of Jacqueline Jossa and their kids
7 months ago
Robbie Williams wants to 'get paid millions' to appear on I'm A Celeb 2020
Next Page