Saoirse-Monica Jackson has said she was once breathalysed by her mam outside a teen disco.

The Derry Girls actor said that she enjoys getting to play 15-year-old Erin Quinn because the role takes her back to her own youth - most notably, the times she used to sneak off to parties. 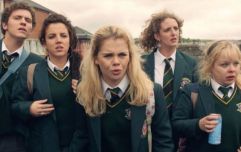 WATCH: The first look at Derry Girls season 3 is here

END_OF_DOCUMENT_TOKEN_TO_BE_REPLACED

She told The Sunday Times that growing up between Donegal and Derry, she was rarely intentionally naughty, but she did get in trouble a lot.

"At home, I wanted my parents to realise I was so mature for my age that it was no problem for me to go to a Kanye West gig on my own in Belfast," she said.

"My friends and I - the original Derry Girls - used to sneak out to bars all the time, but my parents would always find me, hand me a tracksuit and a jumper and just drag me out.

"My ma once breathalysed me outside a disco, which scarred me for life. It was a constant battle, which I'm now forever grateful for."

Jackson, who now lives in London, said that she wishes she could still get away with things like she used to as a teenager.

Despite this, playing a teenager in the show has given her some of that innocence back. 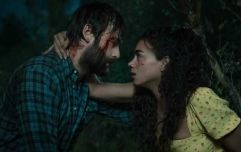 END_OF_DOCUMENT_TOKEN_TO_BE_REPLACED

"It felt very special to play a 15-year-old in Derry Girls and throw myself back to that carefree, confident sense of hope," she said.

"When you're a teenager, you're experimenting with who you want to be, and as you get older you feel more pressurised, feel expectations, life comes into play."

The second series of Derry Girls finished up a few weeks back, with Bill Clinton's visit to the city ending the season on a hopeful note.

It was later announced that a third series of the wildly popular Channel 4 sitcom was in the works - not like anybody had any doubts about that anyway.

You can watch series one and two of Derry Girls on All4 now.