"It gets better and better with each episode."

The third episode of the final series of Derry Girls aired on Tuesday night and many fans were left feeling a little sad that it marked the half way point to the end.

However, the episode was hilarious as usual as the gang hopped on a train for a trip to Barry's amusement park in Portrush. Naturally, things didn't exactly go as planned for their big day out. 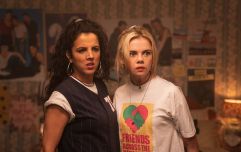 Plans approved for a ‘Home of Derry Girls’ exhibition in Derry

END_OF_DOCUMENT_TOKEN_TO_BE_REPLACED

The series has not disappointed with its celebrity appearances so far and this week's episode featured a special surprise cameo from actress Amy Huberman, who starred as a sexually frustrated and oversharing train worker called Tara.

The star posted to Instagram to say filming the show was the best craic ever. 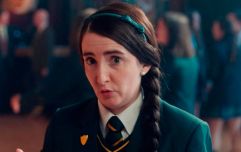 END_OF_DOCUMENT_TOKEN_TO_BE_REPLACED

Alongside an image of herself with Siobhan MacSweeney who plays Sister Michael and Nicola Coughlan who plays Claire Quinn, she wrote.: "Well that was THE CRAIC! Thank you for having me Derry Girls I fecking loved it. Marty Collins for the win!"

Sharing another picture of herself with Nicola Coughlan, she said: "With this utter babe - a Derry Girl and a bouffant Derry curl."

She wasn't the only familiar face to pop up either, as social media personality Michael Fry starred as the train's snack trolley assistant.

Fans took to Twitter to praise the latest episode. 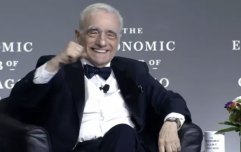 END_OF_DOCUMENT_TOKEN_TO_BE_REPLACED

"It gets better and better with each episode," one persons wrote.

"3rd series is fantastic awful it's the end definitely going out on a high," another wrote.

"Every week Derry Girls knocks it out of the park. AMAZING. It has to be one of the best tv shows," a third said.

popular
Baby dies next to mother who drank 'two or three' bottles of wine then fell asleep
S Club 7's Hannah Spearritt and children left homeless after being forced from home before Christmas
Woman dies four days after proposal after using wrong spoon to stir tea
Clarins opens its first spa in Ireland (and the UK) on one of Dublin's busiest streets
"I feel like I lost myself": Nathalie Lennon on her mental health struggles and her latest project with Pieta
Irish pizzeria given perfect score by top food reviewer
Naked Attraction host left speechless after seeing contestant with 'world's biggest penis'
You may also like
1 month ago
Derry Girls creator Lisa McGee becomes first woman to receive Freedom of Derry
7 months ago
The little girl who played baby Anna on Derry Girls has been diagnosed with leukaemia
7 months ago
Nicola Coughlan admits she still hasn't seen the Derry Girls finale
8 months ago
Jamie-Lee O'Donnell to present Channel 4 Derry documentary
8 months ago
Denis Sulta had a cameo in Derry Girls alongside his girlfriend Saoirse-Monica Jackson
8 months ago
Derry Girls creator actually sent Chelsea Clinton a letter when she was 13
Next Page