We're getting closer to spooky season!

Halloween is a great holiday to celebrate with the entire family, and if you've got some younger relatives that you maybe don't want to traumatise with something properly scary, you'll be happy to hear that Disney+ has announced its Halloween line-up, filled with releases suitable for pretty much all ages.

Star Wars! The Simpsons! The Muppets! Marvel! They're all celebrating in style this year.

END_OF_DOCUMENT_TOKEN_TO_BE_REPLACED

Here are the three big new Halloween releases coming to Disney+ this October:

Official Synopsis: "After the events of The Rise of Skywalker, Poe and BB-8 must make an emergency landing on the volcanic planet Mustafar where they meet the greedy and conniving Graballa the Hutt who has purchased Darth Vader’s castle and is renovating it into the galaxy’s first all-inclusive Sith-inspired luxury hotel.

"While waiting for his X-Wing to be repaired, Poe, BB-8, Graballa, and Dean – a plucky and courageous young boy who works as Graballa’s mechanic – venture deep into the mysterious castle with Vader’s loyal servant, Vaneé.

"Along the way, Vaneé shares three creepy stories linked to ancient artifacts and iconic villains from across all eras of Star Wars."

END_OF_DOCUMENT_TOKEN_TO_BE_REPLACED

Official Synopsis: "The brand-new special will feature a star-studded Muppets cast, celebrity cameos, all-new music and spooky fun for families to enjoy together.

"Muppets Haunted Mansion takes place on Halloween night, when Gonzo is challenged to spend one very daring night in the most grim grinning place on Earth …The Haunted Mansion."

Clip via The Muppets

Official Synopsis: "Inspired by the writings of R.L. Stine, the series tells astonishing and thought-provoking stories of a reality just beyond the one we know.

"Each episode introduces viewers to a new cast of characters who must go on a surprising journey of self-discovery in a supernatural world of witches, aliens, ghosts and parallel universes." 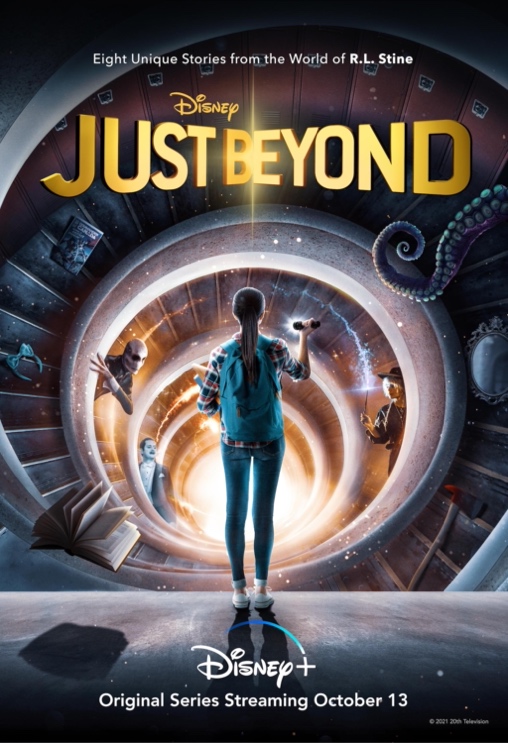 On top of the new arrivals, Disney+ has also provided the list of classic movies and series episodes that are probably already Halloween favourites in your home, including:

popular
Apparantly, there is one colour you should never wear at a job interview
Friends Star James Michael Tyler Files For Divorce
Late Late Show viewers are not happy with Ryan's questions for Billy Connolly
Friends actor James Michael Tyler has died, aged 59
10 items from Zara for the perfect autumn capsule wardrobe
9 of the best horror movies on Netflix this Halloween
Say hello to fairy hair, the dreamy new trend popping up all over social media
You may also like
1 month ago
Winnie the Pooh's hundred acre wood cottage is on Airbnb now
1 month ago
Tributes paid after death of Up and Elf's Ed Asner
2 months ago
Scarlett Johansson is suing Disney over Black Widow's release
3 months ago
More of Hollywood's finest land in Ireland to film Disenchanted
3 months ago
Disneyland Paris apologises for telling mother to stop breastfeeding
3 months ago
QUIZ: Can you name all of these Disney characters?
Next Page